With the aim of deepening and expanding the bilateral trade relationship between Chile and India, this Friday, the second round of negotiations to deepen the Partial Scope Agreement (AAP) ended. This round was held in virtual format on April 8 and 9.

The delegations were led by the Director-General of Bilateral Economic Affairs of the Undersecretariat of International Economic Relations (SUBREI), Felipe Lopeandía, on the side of Chile, and on the part of India, the Deputy Secretary of the Department of Commerce of the Ministry of Commerce and Industry, Suresh Kumar.

"Both parties showed their willingness to accelerate the negotiation process, working intercessionally between rounds, setting deadlines with specific objectives for each Group, in order to conclude the process as soon as possible," said Felipe Lopeandía.

Like the first round of negotiations, which took place in person on December 10 and 11, 2019, in New Delhi, India, on this occasion the negotiating groups on Market Access, Rules of Origin, Sanitary, and Phytosanitary Measures met. , and Technical Barriers to Trade. In addition, the Services negotiating group was included in this round. 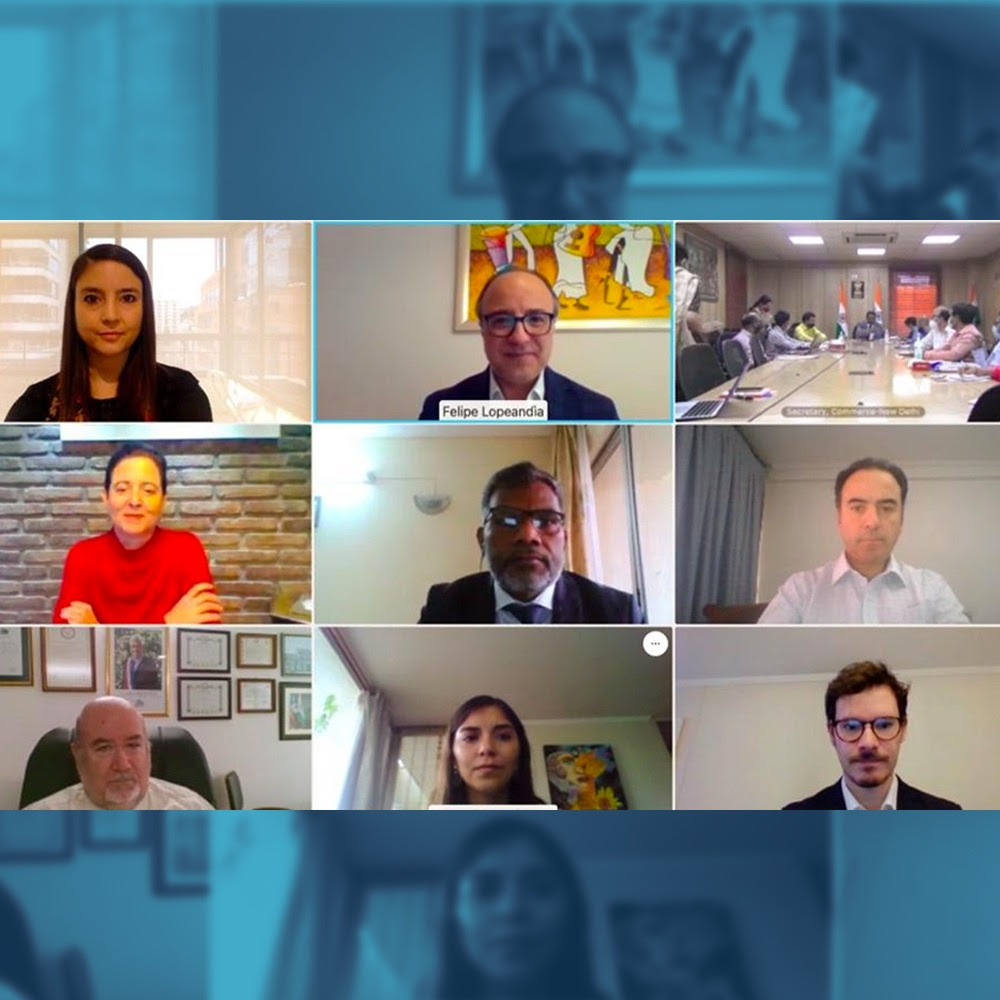 Since 2007 Chile has had a Partial Scope Agreement (PSA) with India, which was updated in 2017, the Director-General for Bilateral Economic Affairs pointed out that "there is still room to grow."

In August 2019, within the framework of a tour of India, the Undersecretary of International Economic Relations, Rodrigo Yáñez, signed together with the Secretary of Commerce of India, Anup Wadawan, the terms of reference for the deepening of the trade agreement between both countries.

India is the fifth-largest economy on the planet with a GDP of US $ 2.5 trillion. With 1,381 million inhabitants, it is the second-most populous country in the world. The Asian nation is an emerging service-oriented economy, with a great development of information technology, the pharmaceutical and automotive industries.

In 2020, our commercial exchange reached $1,470 million US dollars, ranking as our commercial partner No. 17. A total of 300 Chilean companies exported to India in 2020, sending a total of 220 products and services, which collectively added operations for $754 million US dollars, highlighting copper, molybdenum, iodine, nuts, cellulose, gold, lithium, kiwis, apples, cherries and grapes. Likewise, 1,850 Chilean companies imported more than 2,015 products from India, which totaled $716 million US dollars, in which cars, medicines, caffeine, cumin, coloring pigments, footwear, rice, and multiple textiles stand out.