Students of the "Matilde Throup Sepúlveda" class of 2021-2022 graduated today in a ceremony led the President of the Republic, Gabriel Boric, at the Palacio de la Moneda, which was attended by the Foreign Affairs Minister, Antonia Urrejola, the Undersecretary of Foreign Affairs, Ximena Fuentes, the Director of the Diplomatic Academy "Andrés Bello", María del Carmen Domínguez, and the diplomatic service accredited in Chile.

In addition, the President made a protocol greeting to the diplomatic service, on the occasion of the end of the year festivities. Afterwards, an award ceremony was held at the Foreign Affairs Ministry, where the Undersecretary wished the new diplomats success in this stage, stressing that "they must be prepared to insert themselves into new forms of negotiation and citizen participation because nothing that happens in society can be alien to diplomacy".

"As Chile's Undersecretary of Foreign Affairs, I am proud to know that the Diplomatic Academy is working to be a sounding board for Chile's interests, and for the contribution that today is its legacy as a generation," the Undersecretary stressed. 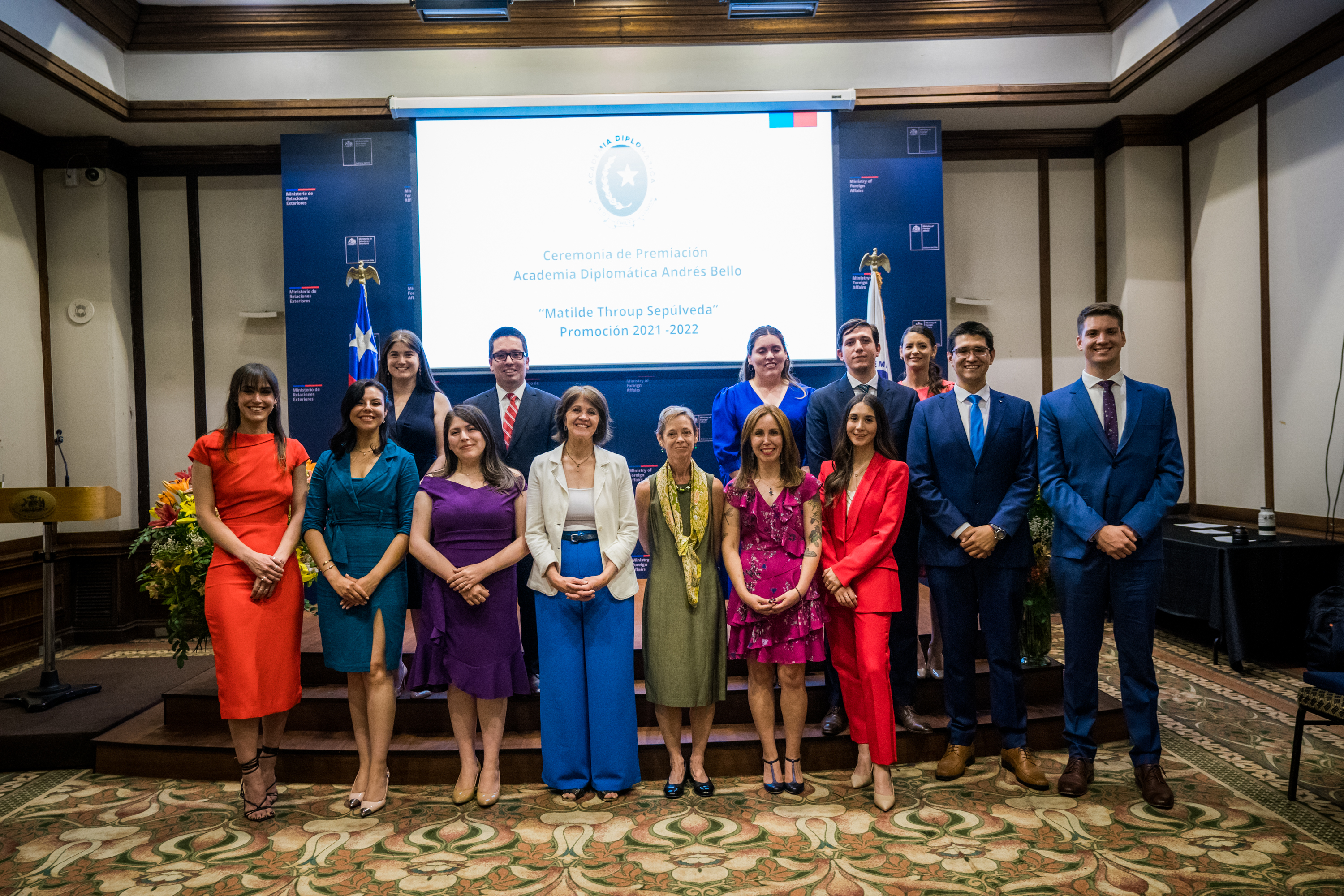 For her part, the Director of the Diplomatic Academy explained that this generation had to go through a complex scenario such as mobility restrictions due to the pandemic, which is why their training was done in a hybrid way and a 100% online selection process. "With this graduating class, during 2022 we celebrate 68 years of training diplomats," said Ambassador Domínguez and added that "having strengthened the capacities of the students who are graduating today is what mobilises ACADE so that Chile can be an active part of the global agenda".

This year the "Peace and Friendship" award was given to the professional from the Republic of Argentina, Priscila Pretzel; the "Ministry of Foreign Affairs" award for the best performance of the course, Javiera Anabalón, and the award for the best classmate to Julio Villarroel.

"Matilde Throup Sepúlveda" was the name chosen by the students as a seal of their promotion and recognition of the third woman in the history of Chile to obtain a professional degree, as well as the first woman to be sworn in as a lawyer in our country, promoter of the Supreme Court ruling of 1893 that recognised for the first time in Chile, equality between men and women in access to public office.

Greeting to the diplomatic corps accredited in Chile

In this context, President Gabriel Boric made the traditional protocol greeting to the diplomatic corps accredited in Chile at the Palacio de la Moneda, where he stressed the international vocation of our country. "Chile needs the rest of the countries. We have had very rich dialogues, in Thailand with the APEC countries; at the Summit of the Americas with the countries of the entire continent. We have met with leaders from Europe, Africa, Oceania and the truth is that I am proud of the vision that Chile has abroad," the President emphasised. 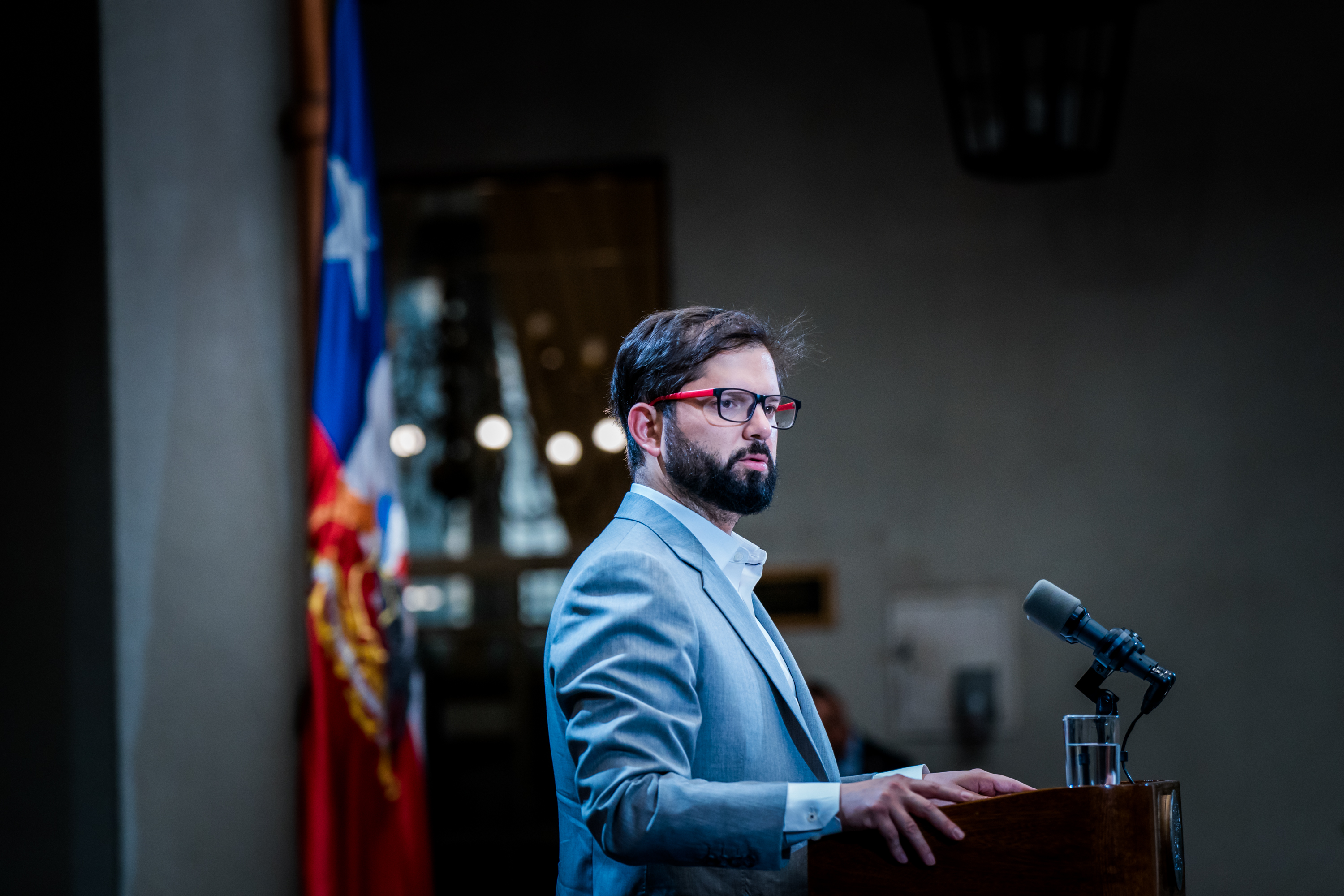 "I want them to know that we are making every effort to live up to it and to maintain it as a state policy that goes beyond the government of the day," he added.

Finally, he called for continued collaboration to address the complex challenges facing the world, such as climate change, the economic and social consequences of the pandemic, as well as to work actively to promote human rights in all areas.

"Receive our friendship and the certainty that your presence in our country is not only welcome, but a contribution to international relations that we will continue to promote intensively as we have done so far," concluded the President.