The purpose of the meeting was to assess the country's situation, prospects and priorities for development, in order to define areas of joint cooperation for the 2019-2022 period between the Government and the agencies of the United Nations System working in the country. 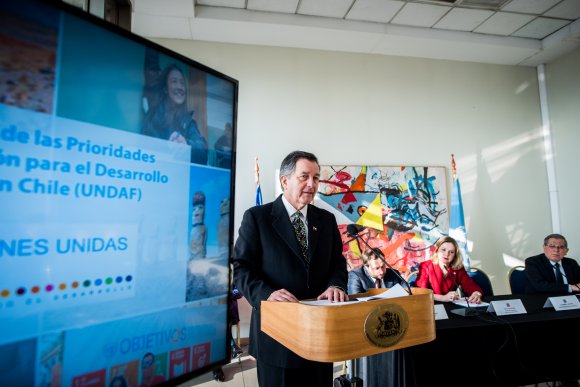 Among the areas mentioned by the Chancellor in which the Government seeks to intensify cooperation are the issues of children, citizen safety, health and defeating poverty.

"For Chile, it is important to have the support of United Nations agencies, in the context of which the knowledge and technical quality of its guidelines contribute to strengthening the coherence, efficiency and unity of collective development work," said the Minister during the inauguration.

"Dialogue and negotiation will allow us to get to know each other better, to get closer to each other, to better understand Chile's sustainable development challenges, to examine strengths and weaknesses, to design strategies for joint work between the United Nations System and its Chilean counterparts, to establish common areas and, in short, to draw up priority lines of action that reflect the commitment of our own government to forge better times for Chile," he added. 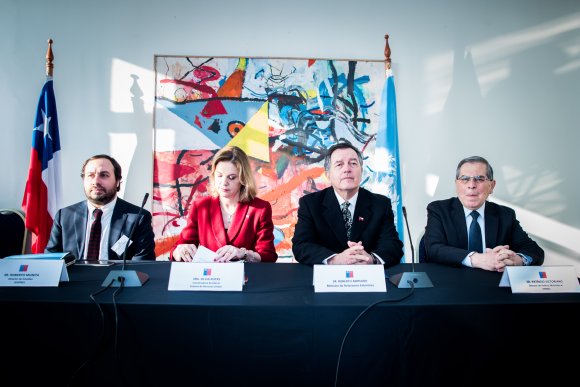 Silvia Rucks, Resident Coordinator of the United Nations System in Chile, also spoke at the event, stressing that "the seriousness with which the Chilean Government has taken this challenge has brought them prestige and strengthened their relationship with the International System".

It should be noted that this will be the fourth Development Cooperation Framework of the United Nations System in Chile. The current one, which expires in December this year, includes cooperation in areas such as social and economic development with greater equality; consolidation of democratic processes and political reforms; environmental sustainability and risk management; and south-south cooperation.