Foreign Minister Ampuero meets with representatives of Poland and Portugal

Foreign Minister Roberto Ampuero met today with the Chief of Staff of the President of the Republic of Poland, Krzysztof Szczerski. At the meeting, which lasted about thirty minutes, the authorities discussed the main aspects of the bilateral relationship. 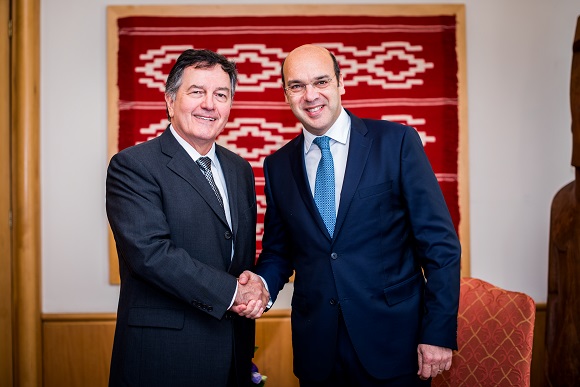 Subsequently, he held an audience with the Deputy Minister of the Portuguese Prime Minister, Pedro Siza Vieira, where they highlighted the good state of the current relationship and the historical links between the two countries. It should be noted that Portugal was the first country to recognize Chile as an independent State on August 11,1821.