The Undersecretary of Foreign Affairs, Carolina Valdivia, chaired together with her Swedish counterpart, the State Secretary for Foreign Affairs, Robert Rydberg, the Political Consultations meeting between the two countries, which was held by videoconference.

Both authorities confirmed the coincidences between the two countries in various areas of international activity, as well as the excellent level of the bilateral relationship, highlighting the need to continue deepening the Chilean-Swedish cooperation on issues of gender equality, the environment, renewable energy, senior population, among others.

They also exchanged points of view on the modernization process of the Association Agreement between Chile and the European Union, as well as on the trade and investment relationship between the two countries.

They agreed on the need to strengthen the multilateral system and cooperation within international organizations, especially to face the health emergency and limit its social and economic consequences. 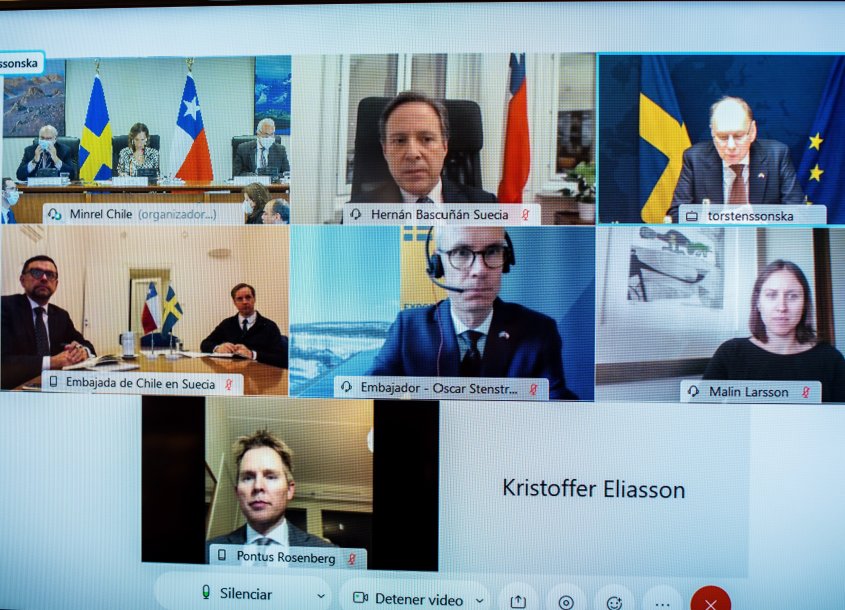 The meeting confirmed the high level of cooperation and understanding between Chile and Sweden, as well as the affinity of interests in public policies promoted by both governments.