The Minister of Foreign Affairs, Andrés Allamand, and the Undersecretary of Foreign Affairs, Carolina Valdivia, received the team from the Adolfo Ibáñez University School of Law to recognize their outstanding participation in the 2021 edition of the Philip C. Jessup International Law Moot Court Competition, the most prestigious global university law tournament held in English.

"This instance shows an excellent level of preparation and knowledge," commented Undersecretary Valdivia and added that "it is a very auspicious sign for us because it is a process of design and implementation of foreign policy that has, as one of the general principles, respect and promotion of international law. And this requires that there are expert jurists with the ability to function in global contexts." 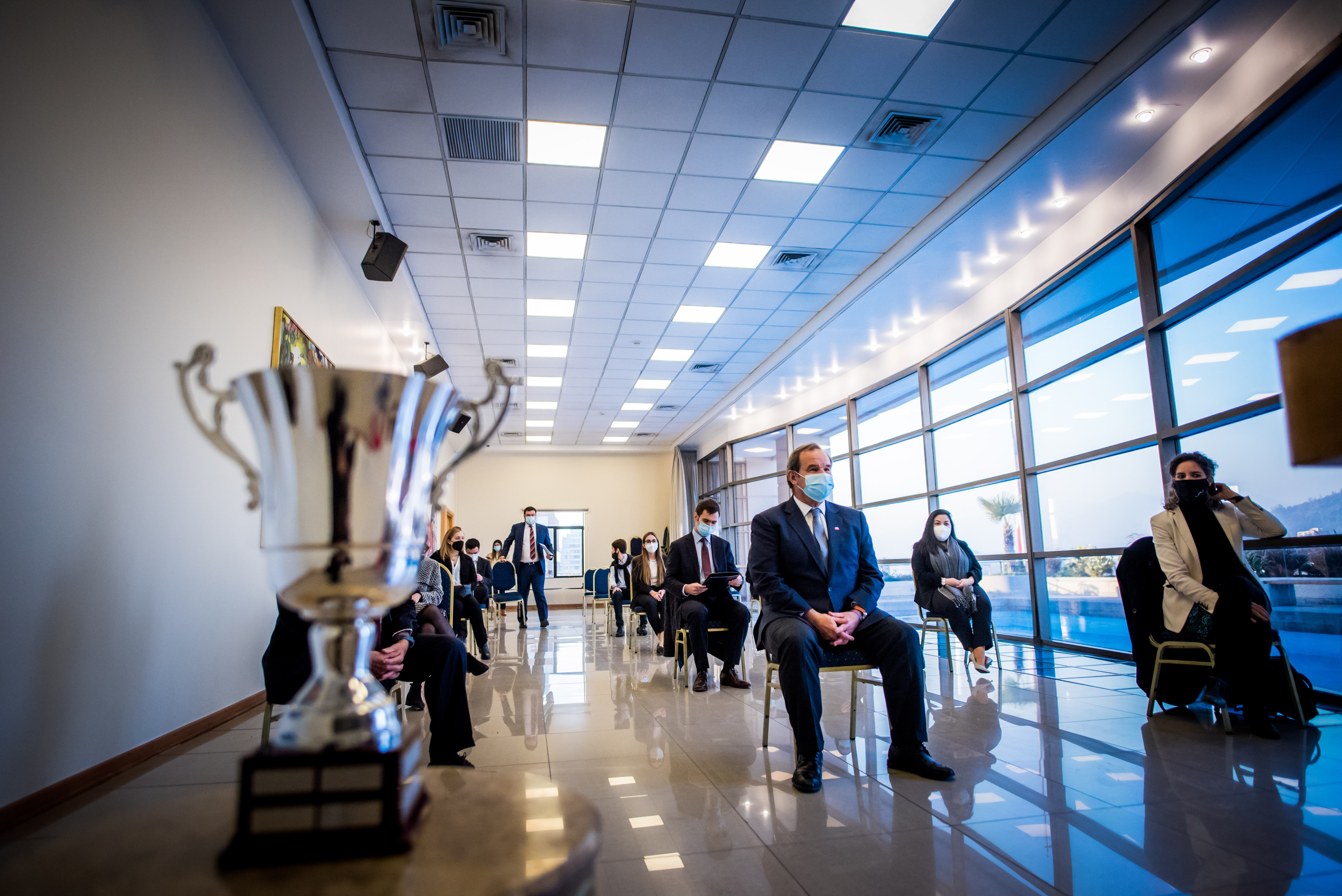 For his part, Minister Allamand stressed that Chilean diplomacy is based on adherence to international law and Chile has recognized itself in this field. In this sense, he urged students to continue enhancing their skills in this area. "The Chilean base is characterized by a particularly competent professional staff. Consequently, the invitation for all of you, for those who have looked into international law from the legal point of view, know that there is a place here, to the extent of your merits, to the extent of your efforts, that can welcome you," he pointed.

Students from the Adolfo Ibáñez University Law School obtained first place in the national rounds of the tournament and reached the round of the 48 best in the global competition, which includes about 600 teams.

The authorities received the winning national team in the Orlando Letelier Hall of the José Miguel Carrera Building, on which occasion they were presented with a commemorative trophy. 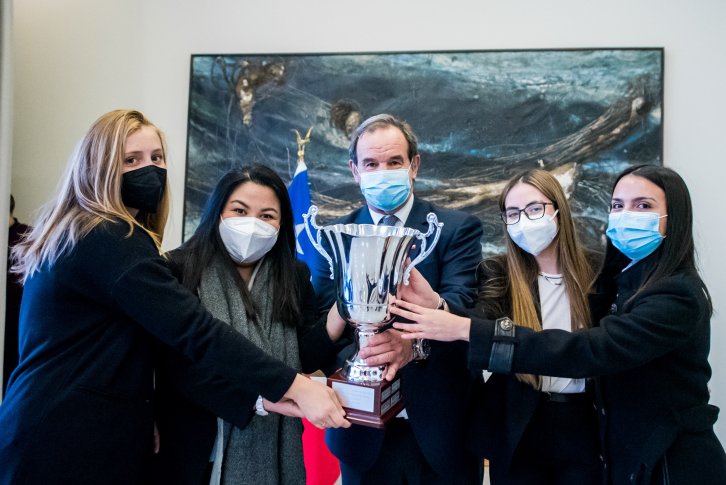 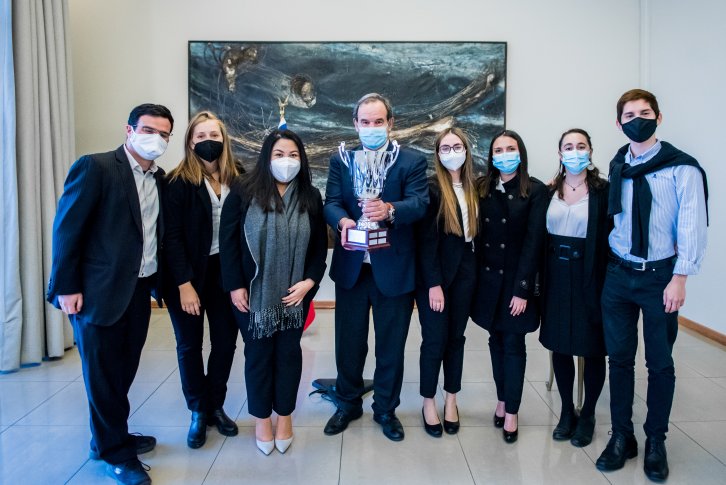 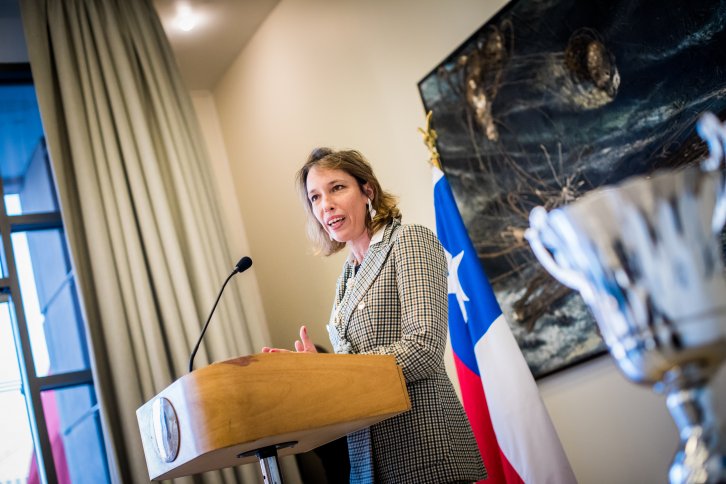 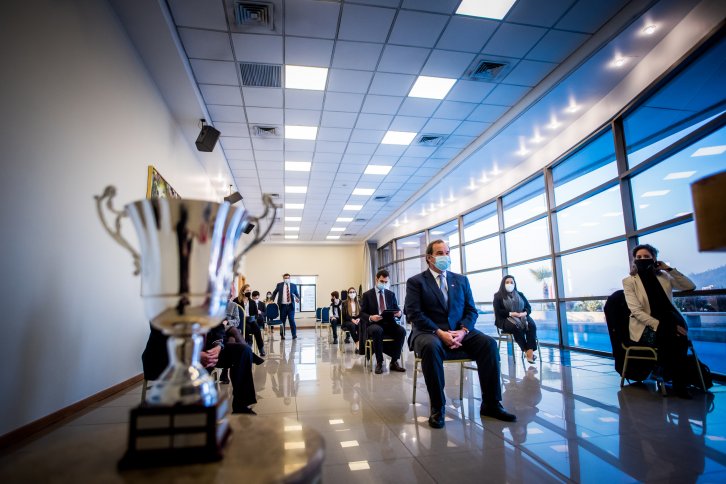