Minister Antonia Urrejola meets with U.S. Secretary of State and highlights the good moment of the bilateral relationship

The Foreign Affairs Minister, Antonia Urrejola, met today at the Ministry of Foreign Affairs with U.S. Secretary of State Antony Blinken. During the meeting, they discussed the main aspects of the bilateral relationship, highlighting the good moment they are going through.

Previously, the Minister accompanied the President of the Republic, Gabriel Boric, at the Palacio de La Moneda, in a protocol meeting with the US Secretary of State, where they discussed global issues and challenges of interest to Chile and the United States.

At the end of the meeting held at the Foreign Affairs Ministry building, the authorities issued a joint statement to the press, in which they gave details of the meeting. "We were able to discuss a variety of bilateral, regional and multilateral issues in an extended meeting, together with our teams at the Ministry and to the Undersecretary Ximena Fuentes," said the Foreign Affairs Minister.

"As friends and allies, we shared our points of view directly and frankly, noting multiple coincidences and areas where we can make substantive progress for the benefit of our citizens," . In this sense, the Minister explained that they delved into "the priority that the protection of the environment and the oceans represents for our hemisphere, a pillar of Chile's Turquoise Foreign Policy, and in line with the declaration signed on 'Americas for the protection of the oceans', during the IX Summit of the Americas".

In addition, the Minister explained that they talked "about the opportunity represented by the upcoming commemoration of 200 years of diplomatic relations in 2023, and how this event will serve to take stock of our ties, learn from the lessons of the past, some of them very hard, and also project the future of a fruitful bilateral relationship".

The Foreign Affairs Minister also stressed that gender issues are a priority for both countries, so "we will seek mechanisms to exchange good practices and to insert the gender perspective and inclusion in the range of issues that make up the vast and rich bilateral relationship. The Secretary of State is working very hard on this issue internally. We are very interested in learning about this experience.

For his part, the US Secretary of State noted that "we have a relationship that has been bound together fundamentally by shared interests and shared values, and next year, in fact, we will celebrate 200 years of relations. This partnership covers the things that matter most to our people, from economic and security issues, where we have long-standing ties, to new areas of cooperation on climate, energy, health, and even outer space.

"Since Chile and the United States signed the Free Trade Agreement in 2003, trade between our countries has more than quadrupled, reaching more than $38 billion last year, supporting tens of thousands of jobs in both countries. The United States is Chile's leading source of foreign direct investment, investing more than $25 billion in high-growth areas such as Chile's renewable energy sector," the US official added. 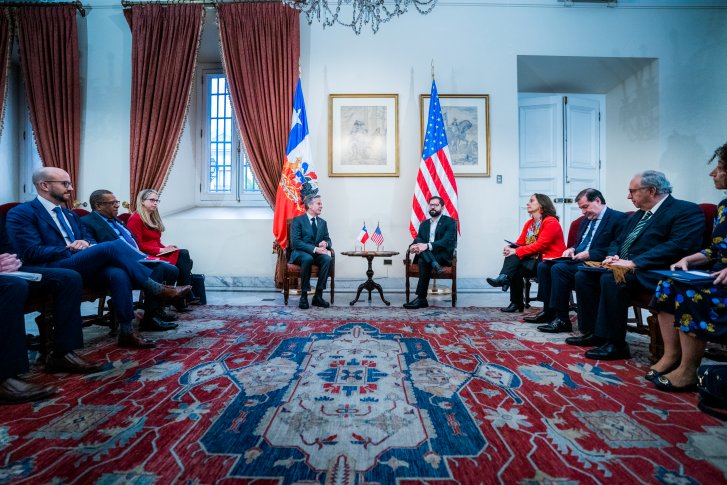 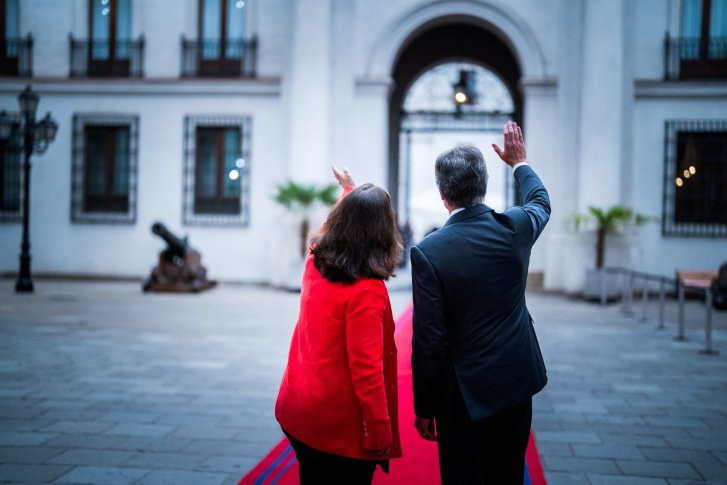 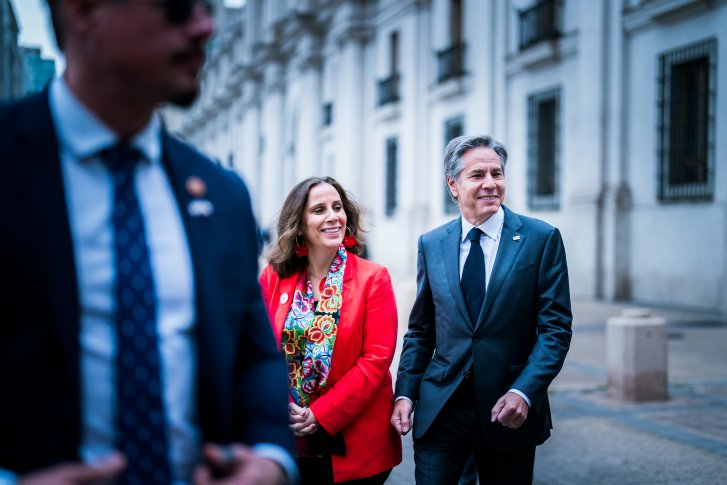