Minister Allamand: "The international community has to structure a collective response to face pandemics"

The Minister of Foreign Affairs, Andrés Allamand, participated today in the 10th Meeting of the Strategic Triangle Latin America-Europe-Africa, an instance where he highlighted the vaccination process against Covid-19 carried out by Chile and talked about the lessons that the pandemic has left in the international community.

The instance, where a Chilean Foreign Minister participated for the first time, was organized by the Institute for the Promotion of Latin America and the Caribbean IPDAL and was attended by Rebeca Grynspan, Ibero-American Secretary-General, the Minister of Foreign Affairs of Portugal, Augusto Santos, among other authorities.

He also assured that early warning mechanisms should be in place to coordinate efforts so that countries can collaborate more effectively. In this sense, he stressed that one of the most important issues to be addressed is "having a mechanism for equitable and universal access to vaccines so that they reach the most vulnerable countries and sectors." 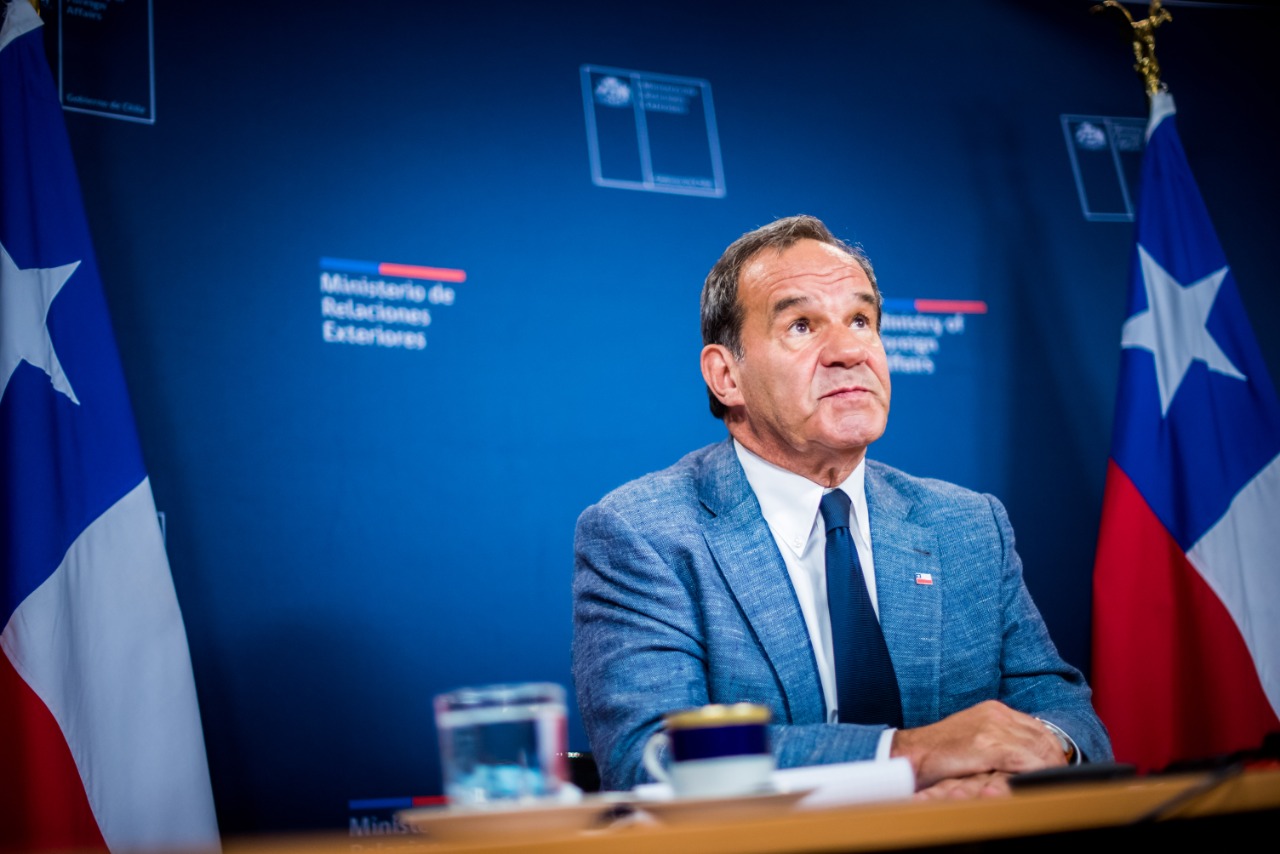 Regarding the vaccination process that has taken place in the country, he assured that "we have worked very hard and we are satisfied with the results that we have obtained so far" and that one of the principles of the Chilean vaccination plan has been the product of a country effort that has had the transversal participation of the public and private sectors and the scientific community.

“Our vaccination process, which has been indeed very fast, has had this concept of universality based on a state public policy and fundamentally based on the concept that, under no circumstances, can the economic situation influence, for example, time of who receives or does not receive the vaccine and in what order is received," he said.

Regarding the relationship between the EU and Latin America, Minister Allamand highlighted shared visions where relations can continue to be deepened. One of them is the interest in rebuilding a strong multilateral order. "This pandemic took us in a moment of weak multilateral order and that is a lesson that we have to pick up," said the Secretary of State.

In environmental matters, he pointed out that Europe and Latin America have an agenda that can be worked hard concerning renewable energies, promote green hydrogen, as well as continue to contribute to the care of biodiversity and face climate change.

Finally, he said that it is essential to promote representative democracy and respect for human rights.