Minister Allamand, joined by former presidents Lagos and Frei, lead the commemoration of the 50 years of diplomatic relations between Chile and China

Joined by former presidents of the Republic, Eduardo Frei, and Ricardo Lagos, Minister Andrés Allamand led the ceremony for the 50th anniversary of diplomatic relations between Chile and the People's Republic of China. "We wanted to commemorate this event with the ex-presidents to leave testimony that one of the keys to this relationship is that it has effectively been a State policy," said the Minister.

“In these 50 years there has been a gigantic change and three phenomena have been consolidated: the displacement of the axis of world activity towards the Pacific, where China plays a relevant role; the rise of China as a global power, and the remarkable progress that Chile has made in these decades," added the Foreign Minister. And he stressed that the importance that our country gives to said bilateral relations is reflected in the fact that, since the return of democracy, all Chilean presidents have visited China during their terms.

"During this five decades, both countries have consolidated a solid friendship, which has its expression in the depth of the political and commercial ties reached: China is our first commercial partner, the main destination of our exports and a relevant investor in our country", concluded Minister Allamand, who this morning participated in a telephone conversation held by Presidents Sebastián Piñera and Xi Jinping, on the occasion of the anniversary. 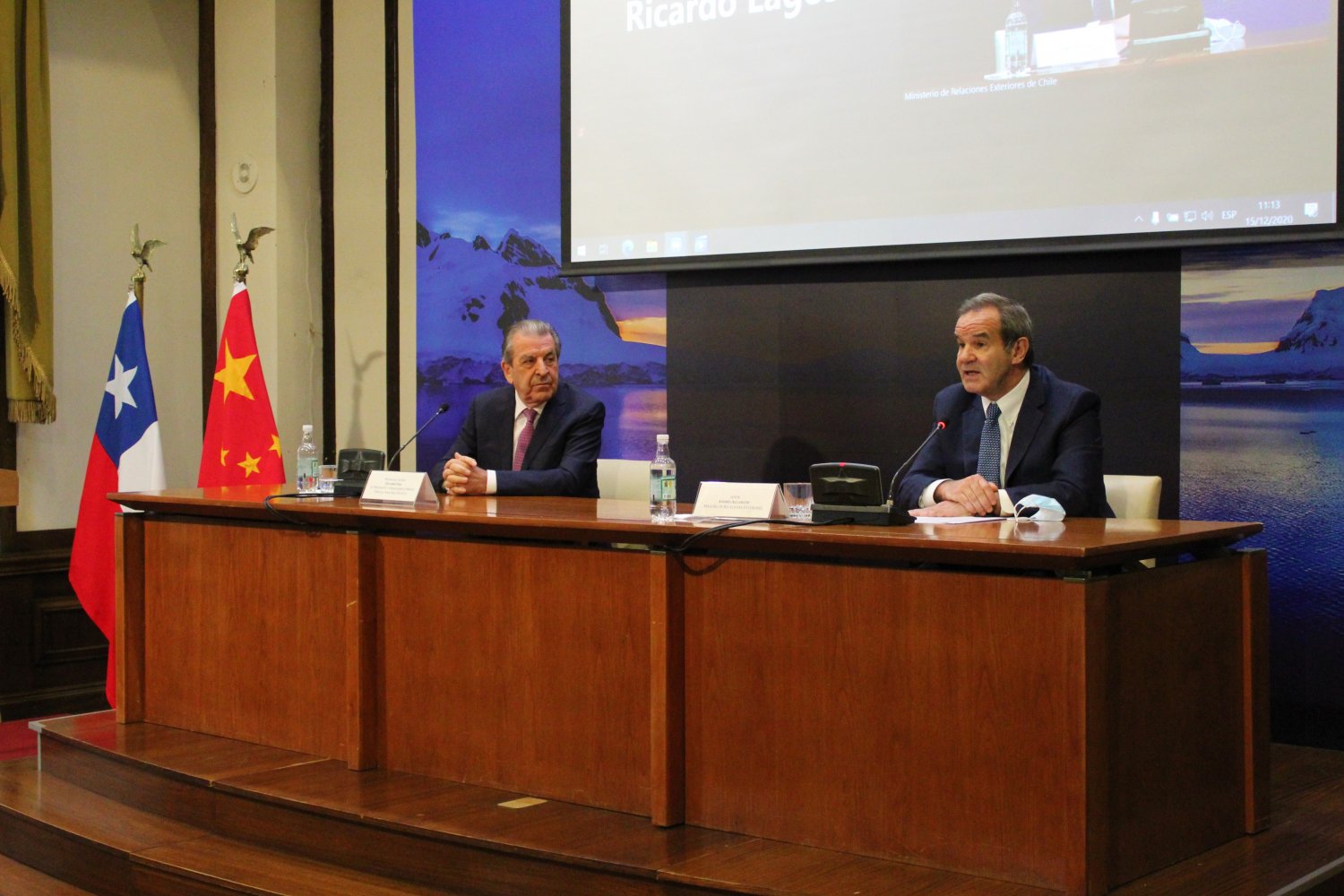 In this sense, the ex-presidents recalled how Chile and China have been concretizing their rapprochement in recent decades, for example, through our country's entry into the Asia-Pacific Economic Cooperation Forum (APEC), in 1994, and the development of the commercial relations, which has among its milestones the signing of the Free Trade Agreement, in 2005. Both also agreed on the need to continue strengthening ties with the Asian Pacific Nations and Chile's presence in multilateral mechanisms.

"It seems so important to me to understand that the future of Chile is determined, among other things, by our full incorporation into TPP-11," said former President Lagos, who virtually participated in the ceremony. Likewise, former President Frei -also Ambassador of Chile on a Special Mission to the Asia Pacific- assured that “the world is experiencing a pandemic and we are not going to leave the pandemic alone. We need unity and joint work with other countries".

Present at the ceremony, held at the Foreign Ministry, was the Charge d'Affaires of the People's Republic of China in Chile, Zhou Yi, as well as the undersecretaries of Foreign Relations, Carolina Valdivia, and of International Economic Relations, Rodrigo Yáñez; the Ambassador of Chile in China, Luis Schmidt, and the General Director of ProChile, Jorge O'Ryan, among other authorities. 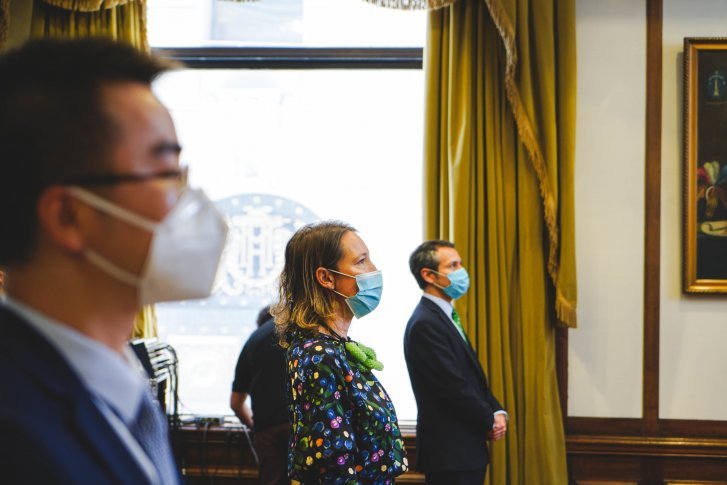 In his speech, the Chinese Charge d'Affaires highlighted that Chile was the first Latin American country to establish diplomatic relations with China: “Their development has been open, inclusive, cooperative and beneficial, and the vigorous binational relationship has offered great potential for cooperation in many more areas”, he commented.

To commemorate this diplomatic milestone, the Chilean Ministry of Foreign Affairs and CorreosChile produced a special postage stamp. The portal issue postmark "50 years of diplomatic relations between Chile and China" was made by the Minister and the manager of Corporate Affairs of CorreosChile, Carol Pacheco.

"For CorreosChile, as a public company with a marked social role, it is a privilege to perpetuate this milestone with the issuance of the '50 Years of Chile-China Diplomatic Relations' stamp, through which we seek to leave a mark on the history of our country. Today this seal becomes a new testimony that allows us to reveal our history, through a concrete contribution to the national memory”, assured Pacheco. 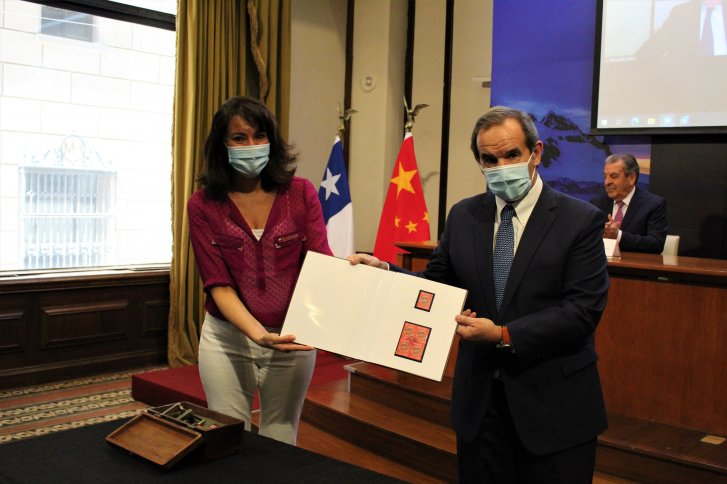 Meanwhile, during the morning the Foreign Minister participated in the launch of the book "Relations between Chile and China: a comprehensive approach", which had the participation of 12 Chilean and Chinese academics, carried out by the Institute of International Studies of the University of Chile.

“If we had to summarize in a single sentence what the main challenge forward is, there is no doubt that it is, without abandoning such a solid base, to go beyond trade and investment. And it is here where there is a huge space for universities and academia in general”, said the Minister. “Chile and China should deepen cooperation in fundamental areas such as climate action, environmental protection, artificial intelligence, seismology, Antarctic research, astronomy and developments in renewable energy, including by the way the production of green hydrogen, where Chile has a natural potential and an institutional capital that places it at the forefront of the development of the fuel of the future". 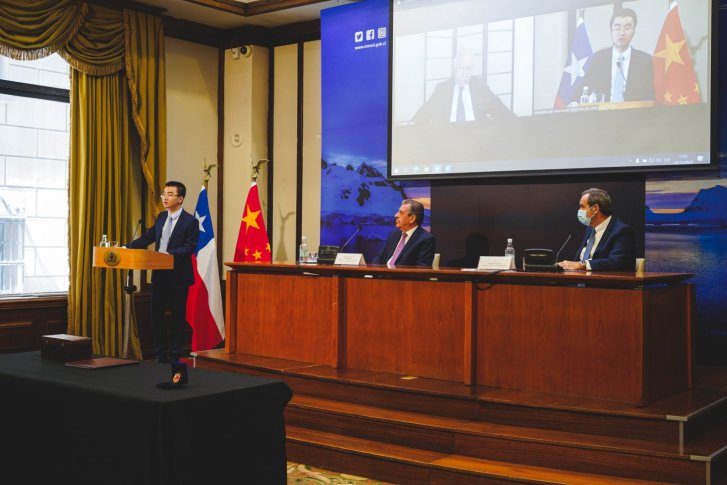 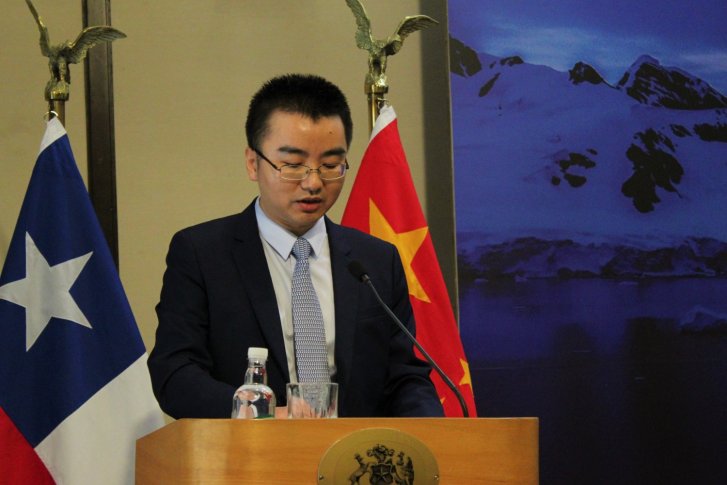 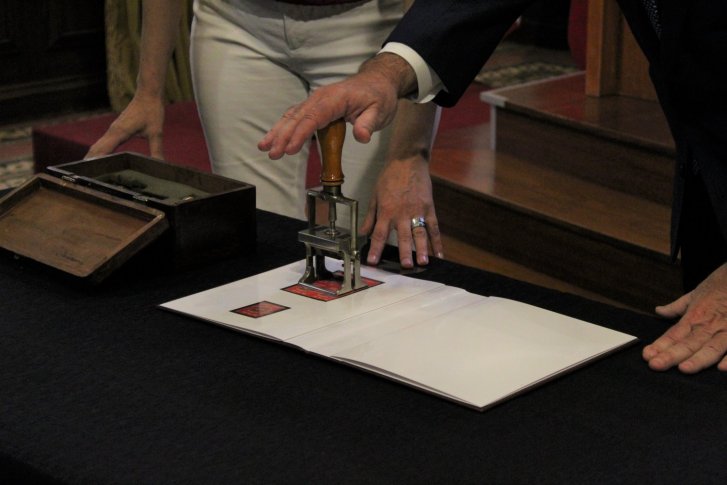 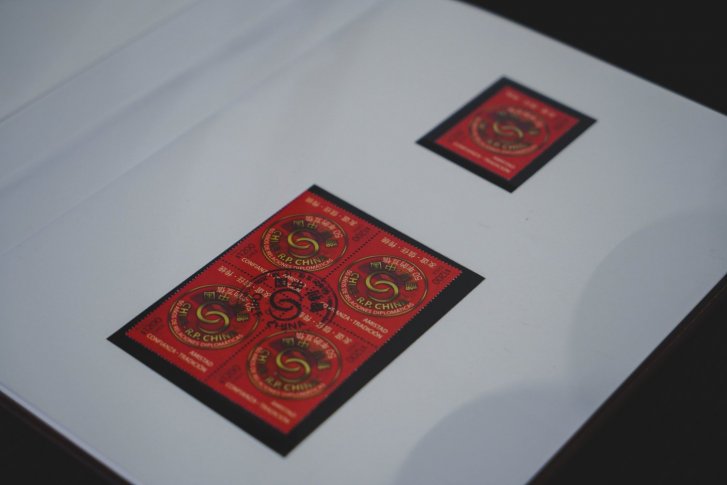 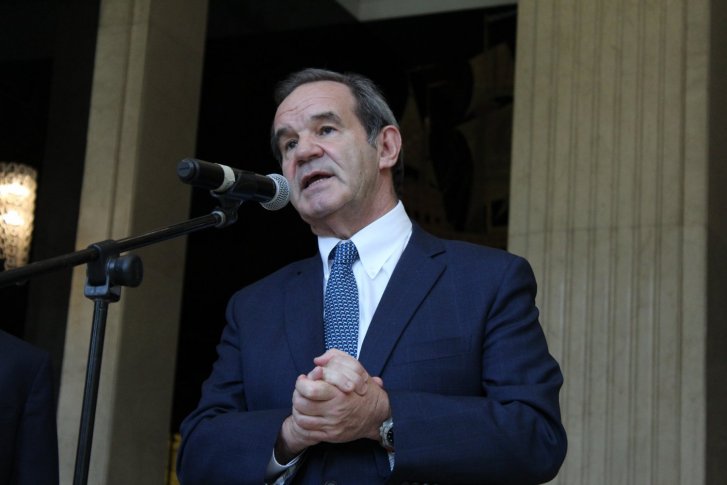 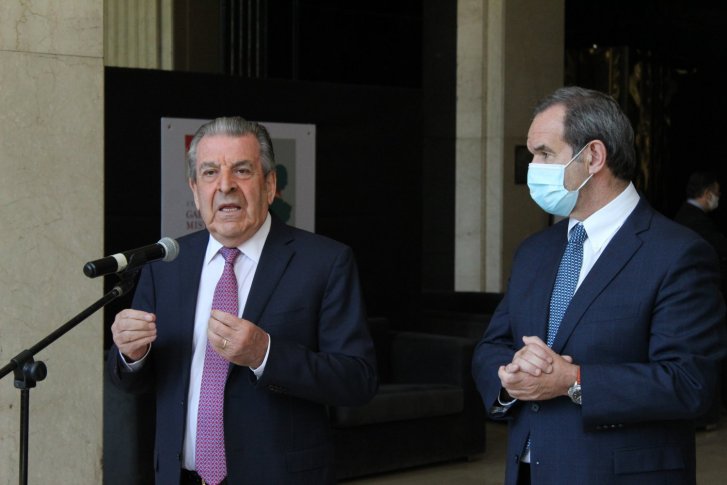