Minister Andrés Allamand joined by the Minister of Agriculture, María Emilia Undurraga, led a meeting this morning to monitor the serious situation affecting cherries in China and to set up a public-private work team to normalize this important market. 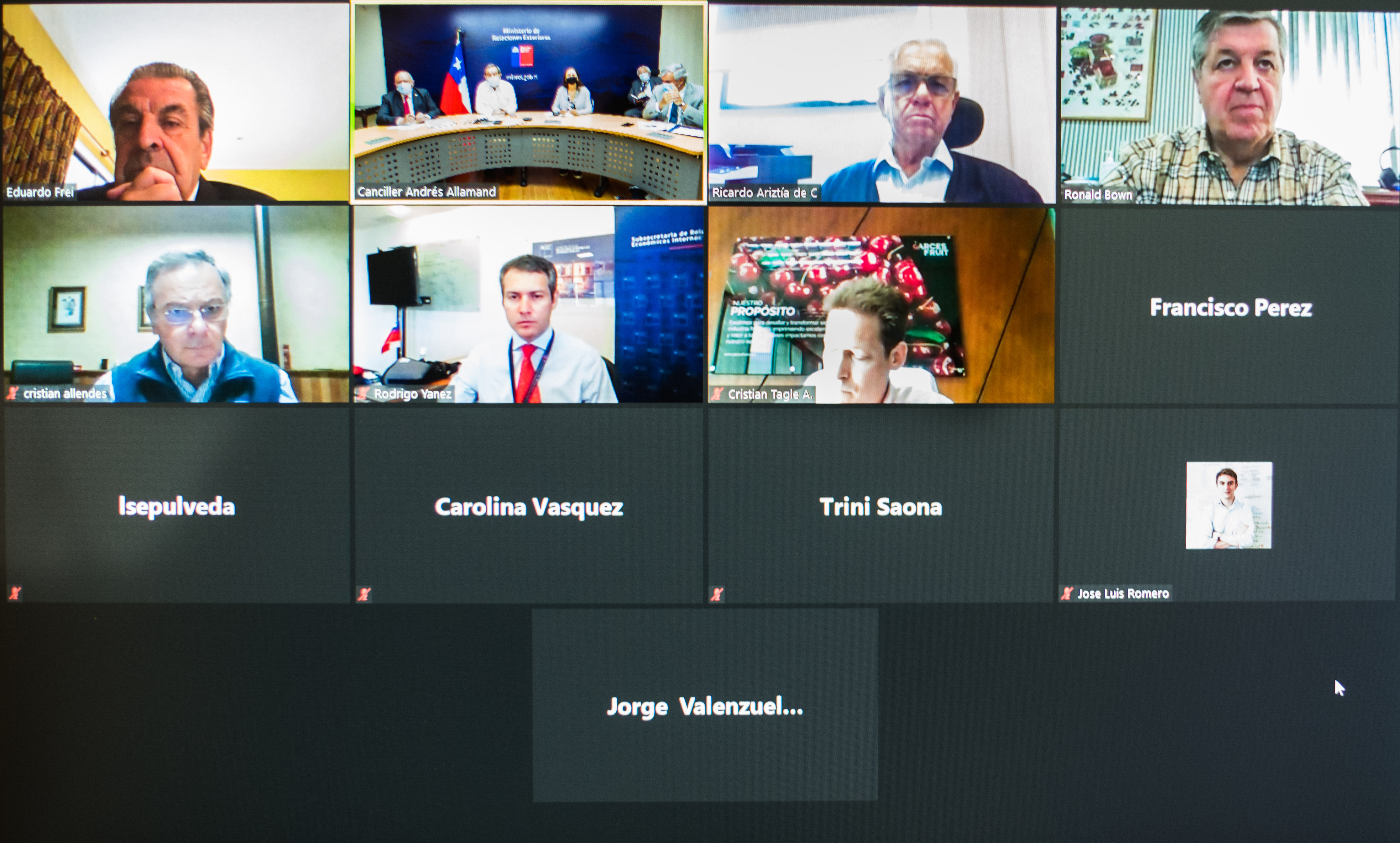 These last days, various publications have appeared on social networks about an alleged detection of traces of Covid-19 in boxes of cherries. In this regard, it is important to note that no official communication has been received from the Chinese Government confirming this information.

Although from the phytosanitary point of view the market is open, with fruit entering normally, thanks to strict compliance with the agreed measures, in recent days there has been a significant decrease in demand for this product at the main points of sale.

Likewise, all the monitoring and prevention measures of Covid-19, both in Chile and in China, provide adequate guarantees to protect the health of people who consume products imported from our country.

During the meeting this morning, it was agreed to continue with regular meetings to continue monitoring the situation, as well as to intensify contacts with the Asian country, in order to find a way to solve the problem of cherries. In addition, it will work on a public-private communication campaign, with the aim of normalizing the cherries market.