The meeting, in which 48 Foreign Ministers participated virtually, was organized by the Head of German Diplomacy, Heiko Maas, and chaired by the High Representative of the European Union for Foreign Affairs and Security Policy, Josep Borrell, from Berlin.

In his speech, Foreign Minister Allamand specified Chile's areas of commitment to the environment, such as its goal of achieving carbon neutrality by 2050, by closing coal-fired plants, and through an energy-based public transport system electricity, among other initiatives.

He also referred to Chile's interest in safeguarding the oceans with a network of Marine Protected Areas; to the waste management policy to promote the circular economy; to the promotion of the idea of ​​protecting at least 30% of the ecosystems by 2030, and to the conservation and protection of Antarctica.

The Minister took the opportunity to present Chile's strategy to develop Green Hydrogen, an industry that will contribute significantly to reducing the impact of climate change, in the generation of social opportunities, and in economic, national, and global development.

In this sense, he made known the natural potential and institutional capital that Chile has as a leader in the development of this energy source. The country is promoting "Green Hydrogen diplomacy" as an "invitation to actively participate in this process that requires various actors, some of which are already active and deployed."

The idea of ​​developing Green Hydrogen was especially supported at the meeting by the Spanish Chancellor, Arancha González, who highlighted the role that this incipient industry could play in the fight against global warming.

In their joint statement, the ministers referred to the importance of combining energy security with the transition of the energy matrix towards renewable energy sources in both regions. In this way, they welcomed the Team Europe Initiative on partnerships in support of the development of green hydrogen in Chile, as a pilot strategy in Latin America. 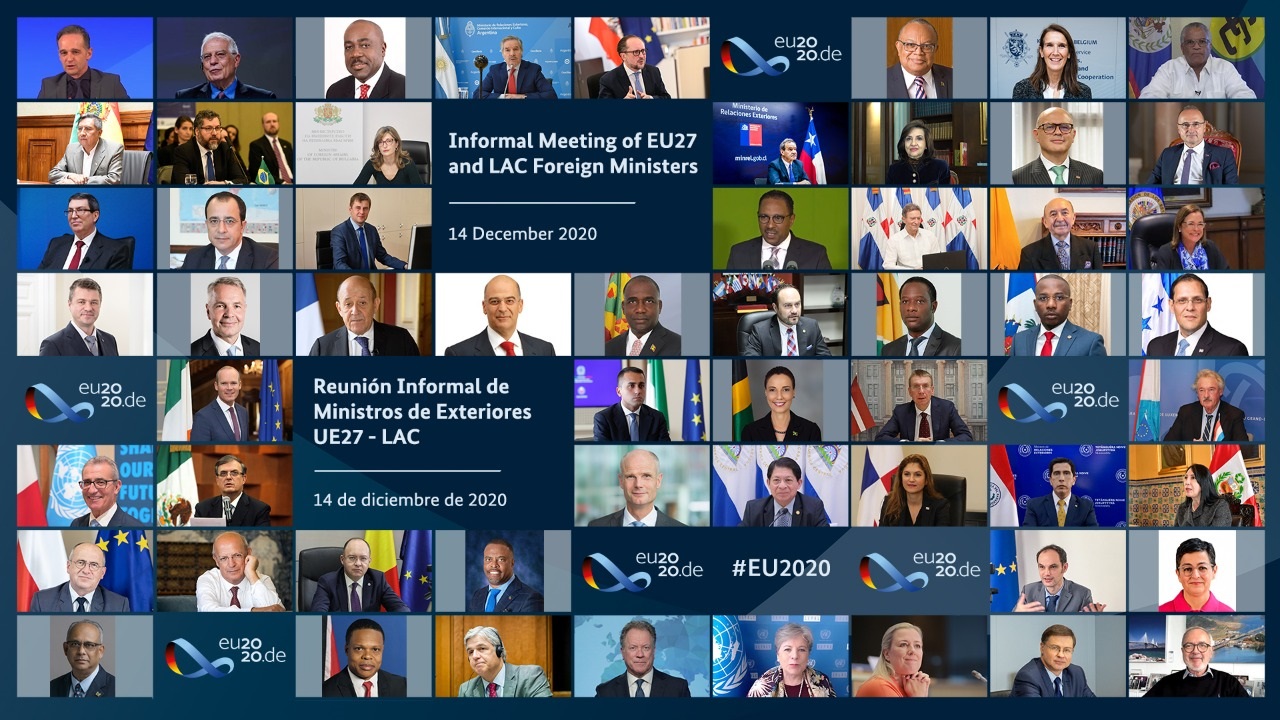 Modernization of the Association Agreement between Chile and the European Union

In general terms, the ministers highlighted the opportunities offered by the extensive network of association agreements and trade agreements between the two regions. "Using the full potential of these agreements will help attract investment and boost economic recovery on both sides of the Atlantic," they said.

That is why they reaffirmed the geopolitical and strategic importance of the Association Agreement between the European bloc with Chile, the negotiations are in their last stage.

The ministers also agreed on the intention to intensify the high-level bi-regional political dialogue and agreed to organize a formal summit between the EU, Latin America, and the Caribbean.

They also expressed that there is much to be gained from international cooperation, in an interconnected and interdependent world, and reaffirmed their determination to intensify joint efforts to overcome the challenges caused by the Covid-19 pandemic, which could exacerbate structural gaps, existing inequalities, and social, economic and financial exclusion.