The Minister of Foreign Affairs, Andrés Allamand, awarded the Order of Merit of Chile, in the Degree of Grand Cross, to the Ambassador of France in Chile, Roland Dubertrand, at the end of his duties in the country.

Chancellor Allamand appreciated the state of bilateral relations and the steps taken during his tenure. For his part, Ambassador Dubertrand said that "the cooperation with the ministry was excellent, with trust and friendship."

In the instance, the authorities had the opportunity to talk, among other issues, about the commitment of both countries to the environment and Chile's willingness to promote green hydrogen diplomacy, where a political impulse for cooperation was already given in the IV Chile-France Political Consultation Meeting.

They also discussed the progress that has been made in the negotiation for the modernization of the Association Agreement between Chile and the European Union. 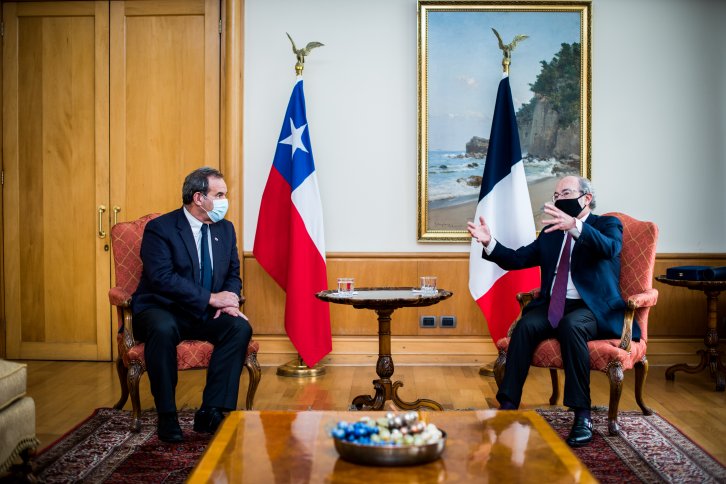 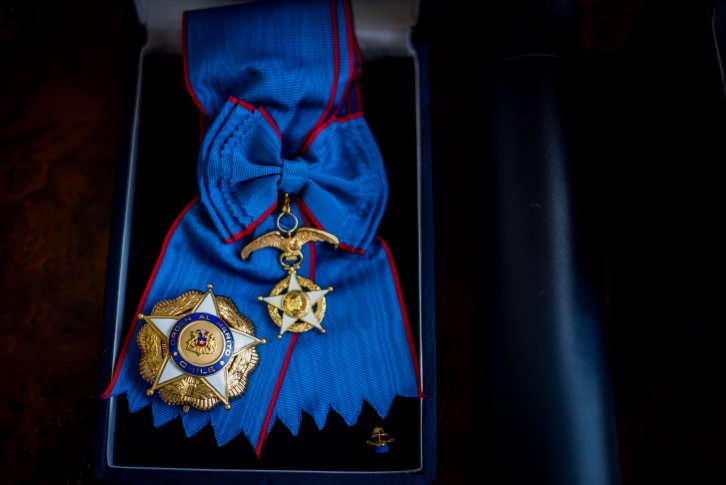 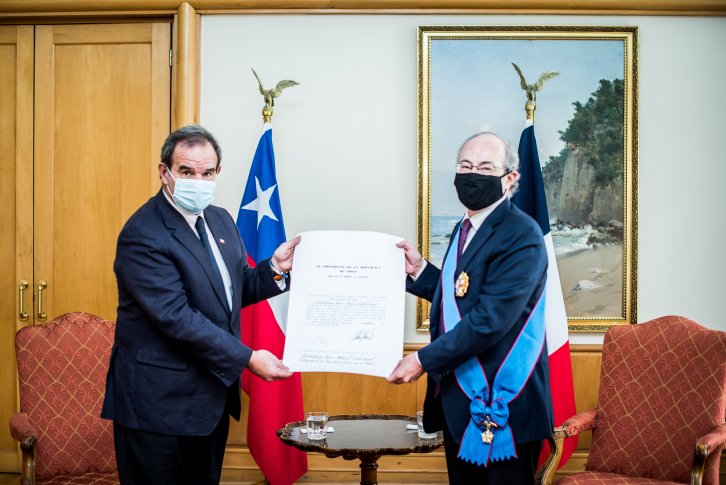