Chile submits its candidacy to the UN Human Rights Council

“This candidacy is based on our country's commitment to the promotion and protection of human rights, the promotion of peace, democracy, the rule of law and sustainable development, guiding axes of our public policies and also of our foreign policy,” said Minister Antonia Urrejola.

Likewise, she highlighted that Chile's aspiration arises in a challenging context for the protection of human rights in the world given the climate crisis, human mobility, war, and the economic and social consequences produced by the Covid-19 pandemic. For this reason, she stressed that leadership is required to promote a more robust agenda in accordance with democratic principles.

The Foreign Minister reiterated that the Government of Chile has among its pillars, promoting human rights as a hallmark of its foreign policy. An example of this is the promotion of the Escazú Agreement, currently being discussed in Congress, which is the first international agreement that considers the situation of human rights defenders in environmental matters.

“The human rights perspective cuts across public policies and international relations. The awareness of this reality, as well as the deeply democratic commitment of the Government of Chile in this regard, has been explicitly manifested by President Gabriel Boric as head of state,” said the Foreign Minister.

In that sense, she stressed that in the multilateral sphere “Chile has actively participated in panels, resolutions, and mechanisms on a wide range of topics related to human rights, such as the prevention of torture, the right to truth, justice and reparation, the promotion and protection of the rights of children and adolescents, the rights of women, the rights of LGBTIQ people and particularly, their protection against violence and discrimination, as well as the rights of indigenous peoples, among others”. 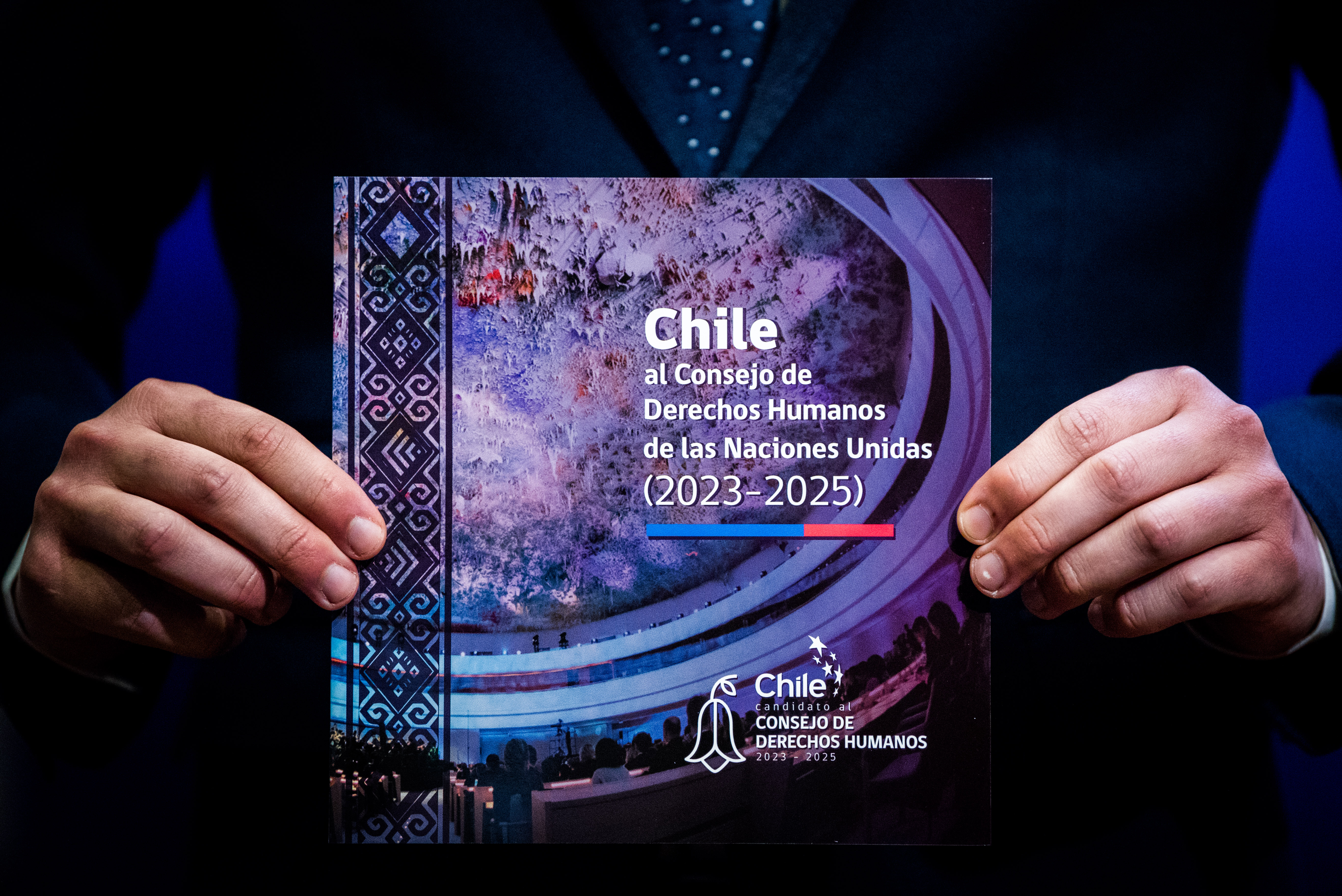 “We are convinced that the Human Rights Council and its procedures play a very concrete and central role in early warning and prevention of the deterioration of the human rights situation in the world. This is fundamental in the care and consolidation of our democracy”, the Minister added.

The Secretary of State added that “our country, fully aware of its past and recent history, assumed the commitment to deploy all efforts to advance truth, justice, reparation and guarantees of non-repetition for the human rights violations that occurred during the civic-military dictatorship and in addition, continue cooperating with human rights mechanisms to reinforce the rule of law, guaranteeing that this also happens with the victims produced in the context of the massive social protests of 2019.”

The Minister of Justice, Marcela Ríos, stated “human rights are a fundamental pillar of the management of our government program and of the government management that we are promoting in this period. For us and as it is public knowledge, our government receives the country after one of the most serious contexts of human rights violations since the return to democracy".

In this regard, she indicated that "the events in Chile, but also other challenges that we have faced in recent decades, have shown us that the fight for human rights is not something particular to a historic moment, not only refers to the moments and contexts where the prevailing authoritarian regimes, but is a permanent challenge to the contemporary democracies, and that all countries face on a daily basis".