This Thursday, the official launch of the candidacy of Professor Claudio Grossman for his re-election as a member of the United Nations International Law Commission (CDI) for the period 2023-2027 took place via videoconference. This election will be held in November 2021 in New York.

The event was attended by the Minister of Foreign Affairs, Andrés Allamand, who highlighted Grossman's extensive career, both in professional and academic fields.

“International law is one of the fundamental pillars of Chile's foreign policy. It is for this, among other reasons, that our Government has decided to nominate for re-election to the ILC Professor Claudio Grossman, one of the most world-recognized and eminent experts in international law," explained the Chancellor.

During his speech, Minister Allamand highlighted his work, both in the field of law and in the academic field, and emphasized his role as the author of more than 100 publications on subjects such as international law, the legal field, education, international organizations. and human rights. 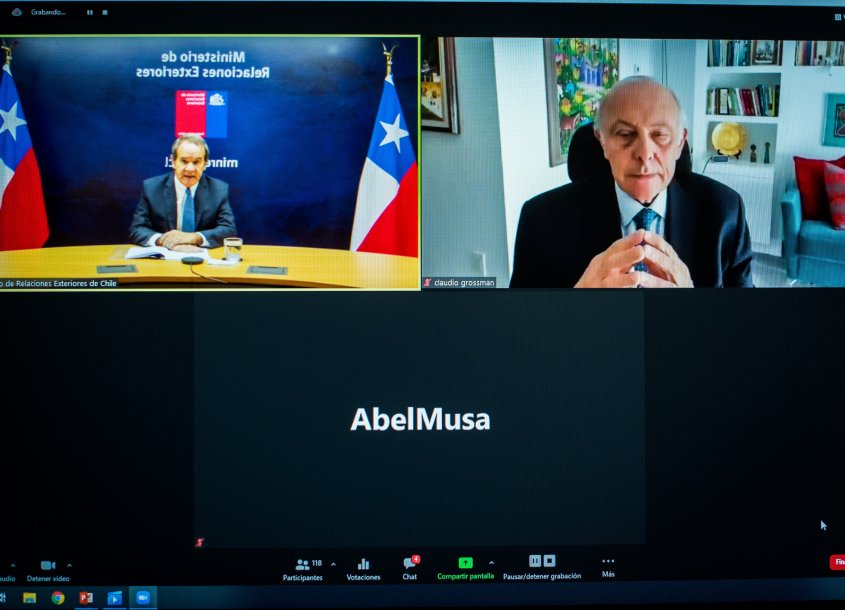 "His career, professional history, work ethic, knowledge, and experience are important assets to the International Law Commission, and that is why we are proud to present him for re-election to the ILC," Minister Allamand concluded.

Professor Grossman thanked the Government of Chile for its support for his candidacy and took the opportunity to answer some questions from the audience.

This candidacy is part of the strategy for strengthening multilateralism that Chile is carrying through one of its main pillars: the global legal architecture.