The Minister of Foreign Affairs, Roberto Ampuero, participated this morning in the Forum "Chile and the United States: the government agenda", organized by the Chilean American Chamber of Commerce, Amcham.

The Chancellor addressed the audience in which he stressed that relations between Chile and the United States are among the priorities on the international agenda of President Piñera's government: "We share with the United States a tradition of friendship and agreement on fundamental values, such as adherence to democracy, the promotion of private initiative and respect for regulations, in the management of our international affairs," he said. 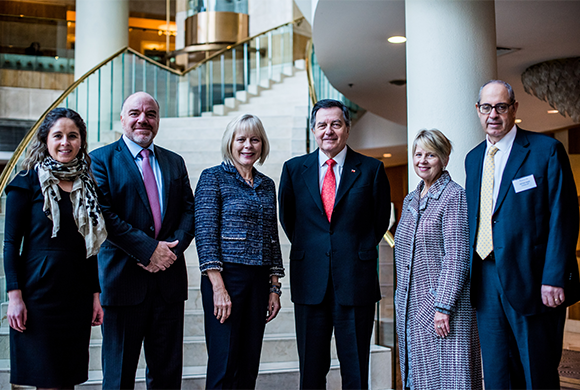 He highlighted Chile's "new geographical-commercial location in the world", which positions it as a cardinal point in Latin America. With the north/south axis, established by the membership of the Pacific Alliance and the axis that goes towards Asia and crosses the mountain range towards Mercosur. "We can speak of a southern cross, where Chile has a central position, which implies opportunities, challenges and also the need to act and to anticipate events and to play a leading role," he emphasized.

He further stressed that "we are aware that we are facing outstanding and emerging challenges, in order to achieve more inclusive trade. On the one hand, we will bring export tools closer to our companies to encourage and ensure, in particular, the growing participation of SMEs in global trade and we will place emphasis on promoting the economic empowerment of women".

He also underlined the fact that "our foreign policy is deeply rooted in unchanging principles, such as democracy, the defence of human rights and freedom". In this regard, he recalled that in the face of the serious crisis suffered by the Venezuelan people, "Chile has spoken clearly". With regard to Nicaragua, he also stressed that "we have made an urgent and consistent appeal to his government to comply with the guidelines suggested by the representative of the Inter-American Commission on Human Rights". 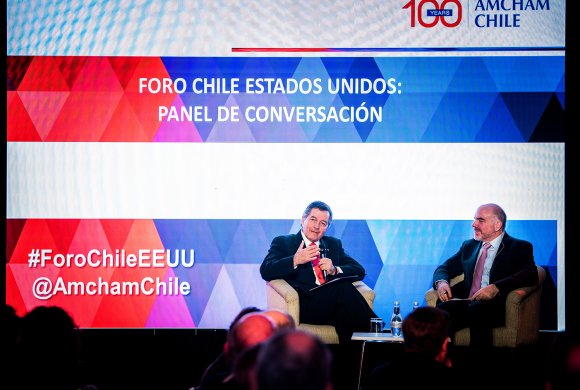 Another priority element is to give foreign policy a profound dimension, which has to do with our identity and our culture. "We feel that we belong here in this continent, that we are Latin Americans who are in solidarity with it, that we feel part of it and that we have something specific to contribute, based on our experience," said the Minister.

"Our identity, which shapes our culture, is at the base of what we do, of how we communicate, between men and women, among minorities, but also with our environment, how we take care of it, as we project it", he added, to conclude by pointing out that "I do not conceive any development goal for the benefit of Chileans and those who live in our country, without the increasingly active participation of citizens. We are all called to make an impact in this area with vision, responsibility and sensitivity. For us, putting people at the centre of our action is important. If Chile's incorporation into the international community is not aimed at the real people, it means that we are losing the truly important objective".