Minister Ampuero greets the officials of the Ministry of Foreign Affairs

The Secretary of State affirmed that "together with Undersecretary Silva, and those who assume directive positions, we will develop a team work, coordinated and active". At the same time, he stated that his previous experience in the Ministry, when he was Ambassador of Chile to Mexico, appointed by President Sebastián Piñera, helped him to meet the people who make up this Foreign Ministry. "I saw a dedicated, conscious work and people very proud of what they were doing and very conscious of the weight, role and country we represent," he stated.

In addition, he highlighted as guiding principles of Chile's foreign policy the respect for international law, peaceful settlement of disputes, independence and respect for sovereignty, preservation of territorial integrity, the promotion of democracy and respect for human rights. "The country can play a very important role at the continental level by defending, upholding and promoting these values," he affirmed. 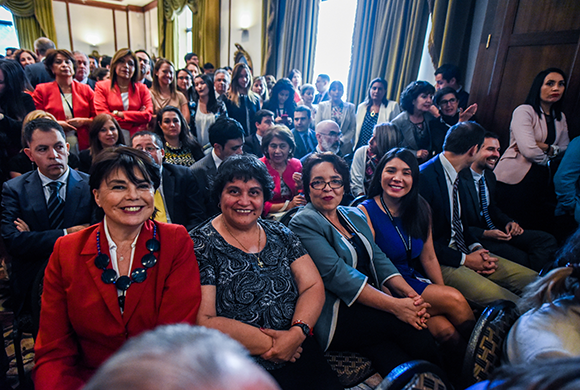