The Minister of Foreign Affairs, Roberto Ampuero, arrived today in Punta Arenas, where he began a four-day visit to the Region of Magallanes and Chilean Antarctica. During the trip, the Chancellor will be in Puerto Williams, Isla Hornos, the Beagle Channel, Yendegaia Bay and Porvenir, among other locations.

The objective of the trip is to identify actions and initiatives that strengthen the development of the southern zone, defining the Magallanes Region, the southern seas and Antarctica as a single large area, an area with elements that reinforce each other and that has strategic relevance for our country.

This, within the framework of the priority given by the Ministry of Foreign Affairs to the extreme zones. "Chile's foreign policy starts from its own internal territory and particularly from remote areas," said the Secretary of State.

Along these lines, the Minister recalled that last June he traveled to the Arica and Parinacota Region, where he visited Socoroma, Putre and Visviri, on the border with Bolivia. Later, the diagnosis that emerged from that visit was analyzed along with eight other ministries to work on a Tarapacá Plan, with concrete initiatives for the area. The idea, said the foreign minister, is to replicate this scheme of work after his visit to the south. 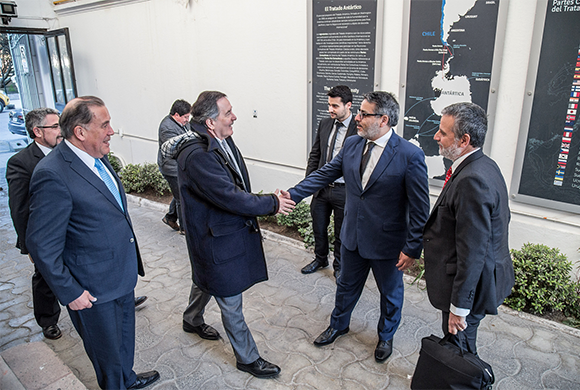 The Secretary of State pointed out that the southern part of Chile has important challenges and opportunities in terms of tourism, contributing to the fight against climate change and, at the same time, becoming a gateway to Antarctica, with a view to strengthening scientific production and Antarctic tourism.

Afterwards, he met with the Mayor of Punta Arenas, Claudio Radonich. Then he will go to Puerto Williams and from there to Cape Horn, to take a tour of Isla Hornos. Then he will visit the Omora Ethnobotanical Park, located in the north of Navarino Island, on the southern shore of the Beagle Channel. In this botanical garden, which has a protected area of 1000 hectares, scientific research, education and biocultural conservation activities of the southern Chilean zone are developed.

Finally, he will hold a meeting in Villa Ukika, two kilometers east of Pueto Williams, with Cristina Calderón, Yagán grandmother recognized by the National Council of Culture and Arts as a Living Human Treasure.