Indonesian authorities have determined that grapes, apples, cranberries, cherries, kiwis and pears exported from Chile to Indonesia may be unloaded at any port in that country, including Jakarta, the nation's most important port. This is due to the fact that Chile has complied with the sanitary conditions established by Indonesia, including the recognition of the innocuousness of the Chilean fruit.

Thus, they conclude six years of negotiations since the Indonesian Ministry of Agriculture established, in 2012, that Chile should export its vegetable products to a series of ports, among which was not considered Jakarta, the country's main distribution center.

The announcement was welcomed by Foreign Minister Roberto Ampuero, who explained that "it would allow for lower shipping costs, increasing the competitiveness of domestic exporters".

"The news came precisely from our Embassy in Jakarta, who commented that the Head of Biosecurity of the Quarantine Office of the Ministry of Agriculture of Indonesia had met with representatives of the Commercial Office, to deliver Decree No. 775 which recognizes for three years the system of safety of the Chilean fruit, starting on November 6," said the Foreign Minister. "This achievement was made possible thanks to the joint work of the Ministries of Foreign Affairs and Agriculture," he added. 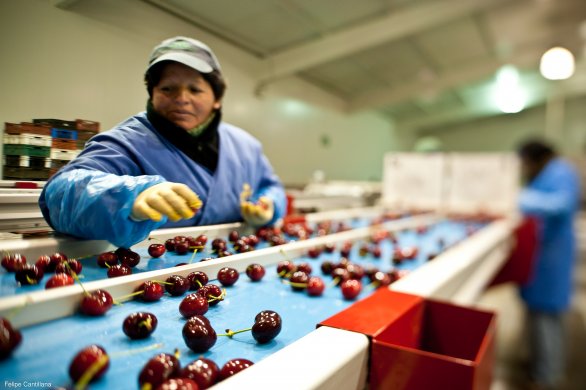 "The shipments should be accompanied by prior notification issued in Chile of fresh food of vegetable origin arriving in Indonesia," explained the Secretary of State. In addition, he stressed that "only nine countries in the world enjoy this privilege".

Chile and Indonesia signed a Comprehensive Economic Partnership Agreement (CEPA) last year. Once it enters into force, Chile will become the first South American country with which Indonesia signs a trade agreement. The deal is currently in its second constitutional stage for congressional processing.

Thanks to CEPA, Chile will progressively obtain duty-free access for 9,308 products, representing 86% of Indonesia's total customs tariff products. In addition, Indonesia granted tariff preferences for a total of 590 products, equivalent to 6.2% of imports from Chile.