The book is basically a memory that shows how this successful historical process, in which Chileans abroad voted for the first time, was organized. It explains the role played by the Directorate General of Consular Affairs and Immigration, empowered by law to implement Chile's electoral process abroad, the work of consuls and other participating institutions.

The text also describes the strategic organization of the Overseas Voting Unit and its different areas to comply with the law (legal, address changes, diffusion, infrastructure, coordination of logistical aspects, data transmission, staffing and mobility, training, financial aspects, among others). In addition, the electoral results are presented and analysed, which allows us to draw the main conclusions and recommendations for future processes. 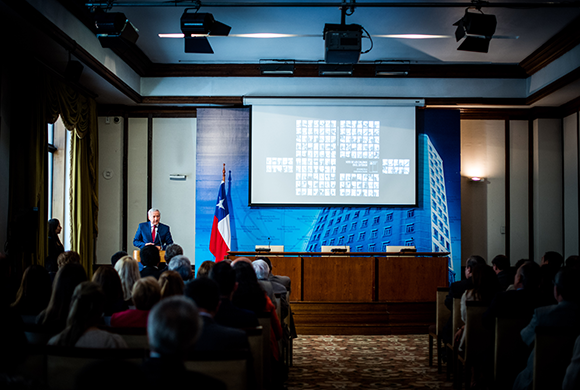 "The book is a balance of how many people voted, how they voted, in the countries that they voted. What I hope is that this will contribute to a better democracy, to a more complete democracy, based on the Chileans living abroad, in a world as interdependent as today's, "said the Minister after the presentation of the document.

The Secretary of State added that the voting process for Chileans abroad was "an historic event. It was the first time in our political history that Chileans had the right to vote abroad, which had been a long aspiration and which we finally achieved in Congress through constitutional reform and an organic law that had virtually no opposition".

For his part, Ambassador Appelgren said that "this book has as its central objective to relate and express, in the most reliable way possible, this first experience of suffrage of Chileans abroad, which represented a considerable challenge, given the multiple stages that understood this arduous work".