Foreign Minister Muñoz performs Public Account of his administration and highlights the milestones of the Ministry of Foreign Affairs: "These have been times of excellence"

The Minister of Foreign Affairs, Heraldo Muñoz, gave a positive assessment of his four years in charge of the Chilean Foreign Ministry in the Public Account for the 2014-2018 period, held today, highlighting the most important milestones in national foreign policy.

The Secretary of State added that "Chile has not only known how to face the difficulties, but it has also been able to be influential, even assuming leadership in some areas relevant to our planet".

"We have exercised a proactive presence in this period, a behaviour that generates respect. We have tried to be a country that supports agreements, which helps to bring different positions together. And there is a soft power in Chile that I think we have exercised quite well", he added. 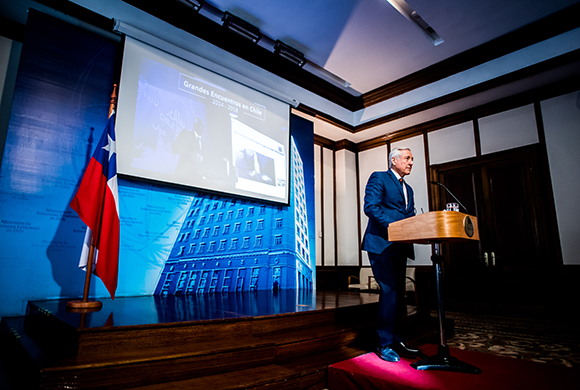 The Minister highlighted that during his term in office Chile hosted important meetings such as the Pacific Alliance (AP) Summit, held in 2016 in Puerto Varas. He also highlighted the role played by the country in promoting convergence between the PA and Mercosur and the intense work carried out with its neighbours.

He also valued Chile's role in defending the TPP after the U. S. withdrawal, achieving the creation of the Comprehensive and Progressive Trans-Pacific Partnership Agreement (TPP-11), which will be signed next week in Santiago.

With regard to sustainability, the Minister indicated "that we are committed to the 2030 Agenda for Sustainable Development; we signed and ratified the Paris Agreement and became world leaders in ocean and Antarctic protection". Another achievement of this aspect was the recent development of a National Ocean Policy, which contains the set of orientations, scopes, priorities and interests in this area.
He also affirmed that Chile was an active promoter of democracy, peace and human rights, giving as examples the role it played in the peace agreement between the Colombian Government and the FARC, a process of which Chile was an accompanying country.

At the same time, he also affirmed that during his administration "we carried out a strategy of Cooperation for Development; we initiated the updating of our commercial agreements; we projected ourselves to Asia Pacific and we began the preparation of Apec 2019". He also pointed out that "we dialogued and advanced in agreements with the great powers and also with the Middle East and Africa; we succeeded in most of our candidacies in world organizations; we made numerous cultural projects concrete; we launched the vote of our countrymen abroad, which was one of the great achievements of this period".

Regarding the latter, the Minister affirmed that 23,308 Chilean citizens residing abroad participated in the primary elections and 21,320 did so in the final elections. He also informed that the report of this work will be released on March 9th. 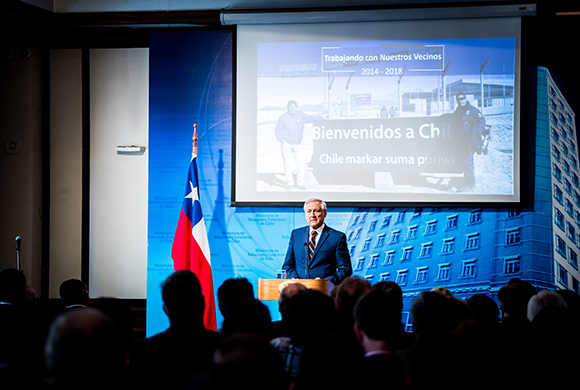 He emphasized that the procedures for migrants were speeded up; new working holiday agreements were generated; the rules for civil society participation were complied with; progress was made towards parity between men and women in entering the diplomatic career; and after 27 years, the Foreign Ministry's Modernization Law was passed.

The initiative establishes the consecration of meritocracy and professionalism in the diplomatic career; the introduction of mechanisms of adequate coordination with other ministries and public entities; the creation of an Undersecretariat of Economic and International Relations, which will replace the current Directorate of the sector (DIRECON), and the establishment of a new structure for PROCHILE, which will become an institution dependent on the President of the Republic and will affect the Public Administration System; Flexibility in determining what directorates the Ministry should have; the consolidation of various advisory bodies; the creation of regional coordinators to support regional and municipal authorities; and the gender dimension.

Minister Muñoz also stressed the opening of three new embassies in Iran, Ethiopia and Guyana, which means, according to the minister, "that we are not only interested in approaching the so-called powers of the first world, but we are interested in what is happening on all continents".

"We have had one of the best moments of our foreign policy in a long time, in a particularly complex and uncertain international context," concluded Chancellor Muñoz.