The Minister of Foreign Affairs, Heraldo Muñoz, met today with the designated Foreign Minister, Roberto Ampuero. In contrast to the first meeting held on January 30th, where they dealt mainly with the case of "Obligation to Negotiate Access to the Pacific Ocean", which Chile and Bolivia face in The Hague, the meeting focused on aspects related to national foreign policy.

"We had the opportunity to expand the communication, the information on other issues of Chile's foreign policy agenda", explained the Secretary of State. "We have talked about other topics, about staff issues of the Chancellery; about the TPP-11, which is going to be signed on the 8th and, incidentally, we have invited my successor and those who are members of the inter-ministerial committee", he said. 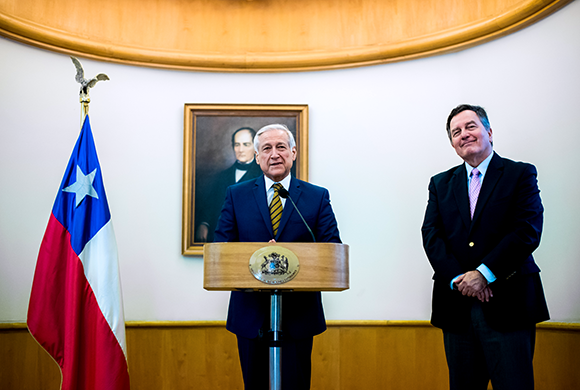 Muñoz added that "we have talked about the Chancellery's Modernization Law, about the details of what that process was like. At the moment it is coming out of the Constitutional Court and I hope that next week we will be able to celebrate with an event in La Moneda after 27 years of waiting for the modernization of the Ministry of Foreign Affairs".

The Minister informed that they also addressed the issues of South-South Cooperation where Chile has played a particularly active role in Central America and the Caribbean, and even in Africa, as well as the creation of Marine Protected Areas, an initiative led by the Ministry of Foreign Affairs.

Finally, the head of Chile's diplomacy indicated that on March 9 there will be a digital delivery of all administrative information, which contains substantive topics of the Ministry of Foreign Affairs. All of that will be digitally delivered and transferred and made available not only to the incoming government, but to all citizens, to journalists, so that they are aware of what is formally delivered that day. 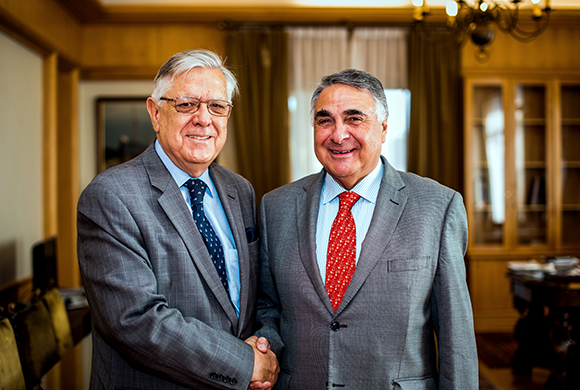 Earlier in the day, Undersecretary Edgardo Riveros met with Ambassador Alfonso Silva, Undersecretary-designate. The meeting covered a number of portfolio-related issues related to this handover process.