Wednesday, September 12, 2018
» Meeting with Minister of Foreign Affairs of Vietnam

The Minister of Foreign Affairs, Roberto Ampuero, participated today in the conference of the World Economic Forum on Asean, which takes place between September 11 and 13 and has as its theme "The Entrepreneurial Spirit and the Fourth Industrial Revolution".

Early in the morning, the Secretary of State participated in the session "Trade and Tribulations - APEC's agenda in an Uncertain World", together with the Executive Director of the APEC Secretariat, Allan Bollard. On the occasion, he pointed out that Chile is very aware of the current difficulties, "especially because there are voices talking about protectionism", but on the other hand, he highlighted that there are the dreams of other countries like Chile. "We support and base our development on open markets and free trade. But this is not something philosophical, it is the basis of our own development. What we have achieved in recent years as a country is based on being able to work within the framework of free trade," he said.

Subsequently, the Minister attended the plenary that opened this conference, at which time the leaders of the ASEAN countries intervened, raising the challenges and opportunities that the 4th Industrial Revolution poses for the countries of Southeast Asia.

"We agree that it is essential for ASEAN that its member countries keep up with emerging technological changes, which do not recognize national borders because they are developed on a regional or global scale," said the Chancellor at the end of the event. He added that "the processes of digitalization and automation impose challenges on us, but also open opportunities to improve the quality of life of people by facilitating entrepreneurship and participation of those who have good ideas". 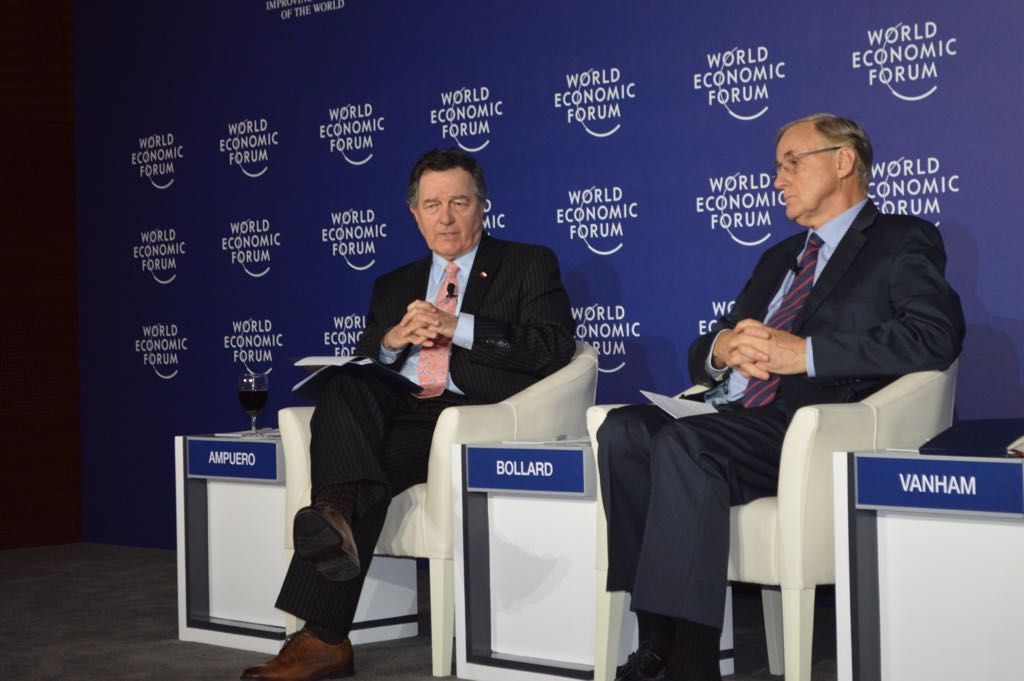 He also emphasized that "it is essential that we are capable of responding to these transformations at the regional level and that we all better understand the potential of these new realities".

"Chile, the only country outside the region invited to this summit, has something to say about how to respond to this challenge, how to understand the boom in e-commerce and trade in services and promote economic integration," he said. In that sense, he added that "Chile has had a consistent strategy of rapprochement with Asia-Pacific during the last decades, actively participating in various integration mechanisms of Asia-Pacific and aspires to integrate the Asean Regional Forum and to strengthen even more its relations with this association of economies, which has more than 600 million inhabitants," he added.

ASEAN is the fifth largest economy in the world, with a population of more than 645 million and an average GDP growth of approximately 4.8% in 2017. It also plays an important role in articulating dialogue and integration in Asia and the Pacific, through initiatives with various forums that link them with the world's major powers.

Participation in this forum constitutes an ideal framework for strengthening our ties with ASEAN, one of our country's main strategic foreign policy objectives.

Chile acceded to the Treaty of Peace and Friendship, one of the founding treaties of ASEAN, in 2016. Our accession represents an important step forward for Chile's interest in becoming a partner in this grouping of countries, in terms of establishing a work schedule for cooperation in sectors of interest to both parties.

Meeting with Minister of Foreign Affairs of Vietnam
subir

As part of his participation in the World Economic Forum, Chancellor Roberto Ampuero met his Vietnamese counterpart, Pham Binh Minh.

During the meeting, the Minister thanked them for the invitation to that meeting and congratulated them on the level of the organization.

Both authorities talked about the strong ties that bind both nations, as well as the rapprochement that Chile has had with ASEAN in recent years. They also talked about the APEC Leaders Summit in Chile in 2019 and how the implementation of the tourism visa has increased tourism between the two nations. 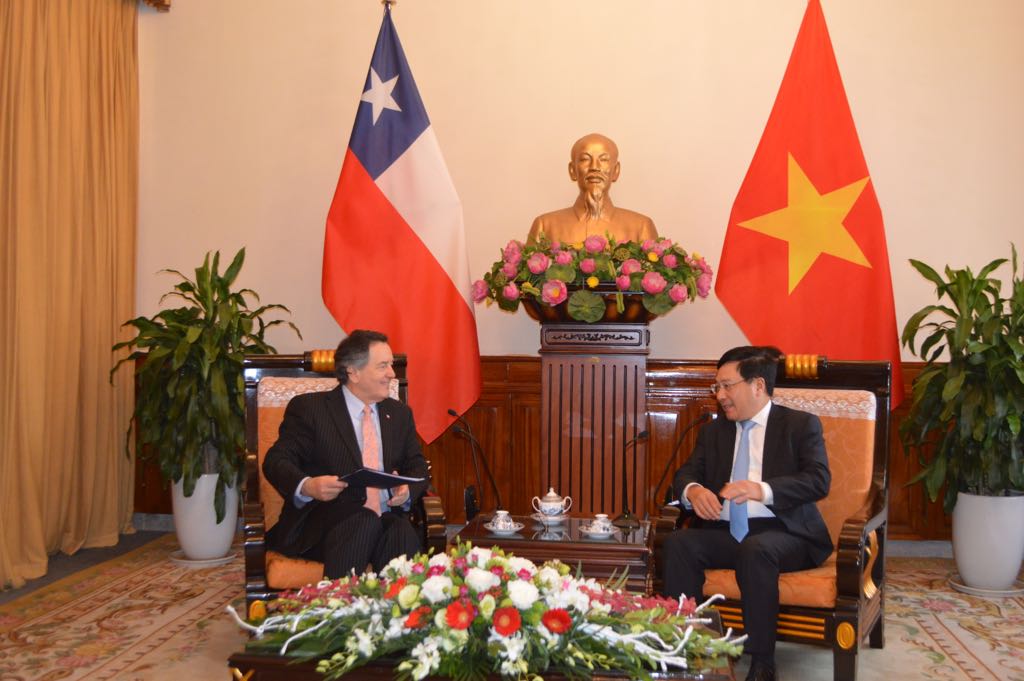