The Minister of Foreign Affairs, Roberto Ampuero, today led a greeting to the Diplomatic Corps accredited in Chile, in a ceremony held in the O'Higgins Hall of the Ministry of Foreign Affairs and attended by 53 Ambassadors, 16 Chargé d'Affaires of Embassies and 15 representatives of international organizations.

In his speech, the Secretary of State stressed that "Chile has in its foreign policy one of its essential elements for national development and for presenting itself to the world with its own identity, history and cultural baggage".

For this reason, he added that the Diplomatic Corps and the international organizations accredited in the country "have enormous importance for us, since their representatives facilitate a permanent encounter with the world and also the search for opportunities, better opportunities, for those who live in Chile". 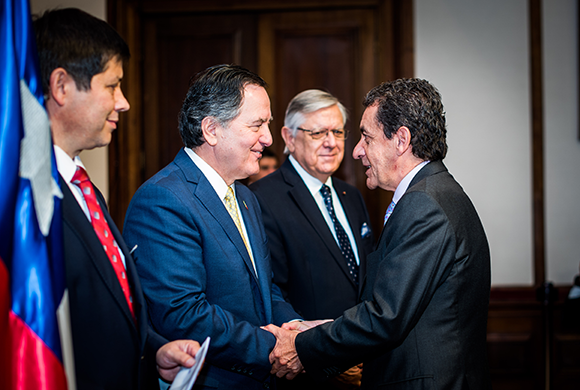 He also emphasized the importance Chile places on Latin America. "We are Latin Americans, we belong to this region, it gives us its identity, it gives us its strength, and, from there, we open ourselves to the world. That is our identity and from here we want to project ourselves," he said, pointing also to the relationship with North America, Europe, the Middle East, Asia and Oceania.

The Minister of Foreign Affairs indicated that, as part of a permanent foreign and State policy, the country will support and endorse "everything that means the strengthening of peace, the promotion of democracy and human rights and the protection of the environment".

In this regard, he stated that Chile will act "on the basis of the permanent principles of foreign policy, which implies our full respect for international law, which includes defending existing treaties, the peaceful settlement of disputes, independence and respect for sovereignty and the preservation of territorial integrity". 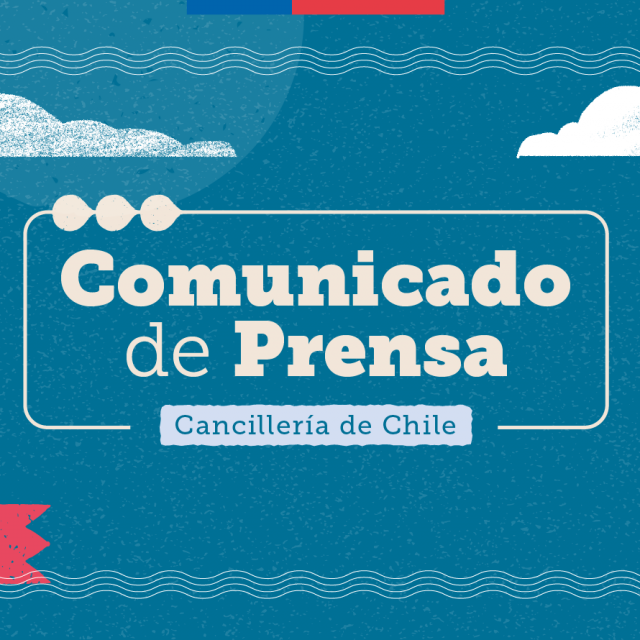