Europe, Latin America and the Caribbean exchange ideas on "development in transition"

In his speech, the Minister highlighted the links in the area of cooperation between Europe and Latin America and the Caribbean. In this regard, he indicated that the region has given new value to democracy as a political system and the structures of States have been modernized. "The European countries have collaborated in these processes on many occasions, both bilaterally and through their representative bodies, among which the European Union stands out". 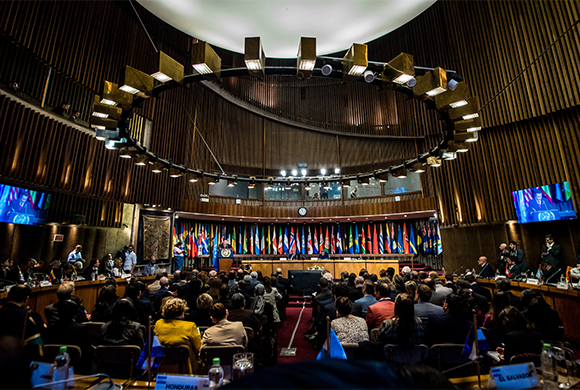 "In recent years there has been an encounter between these regions that are distant in geography, but close in their values, in their ways of seeing the world and in the historical and cultural aspects that unite us," he added.

In the second place, he highlighted the cooperation work carried out in the region, which from the decade began to develop in new modalities, such as South-South Cooperation, characteristic of developing countries and complementary to the traditional North-South Cooperation. "From this base, triangular cooperation emerges with strength, in which Chile participates and wants to continue participating, consolidating itself as a modality that combines contributions for the benefit of third countries that request it," he said. 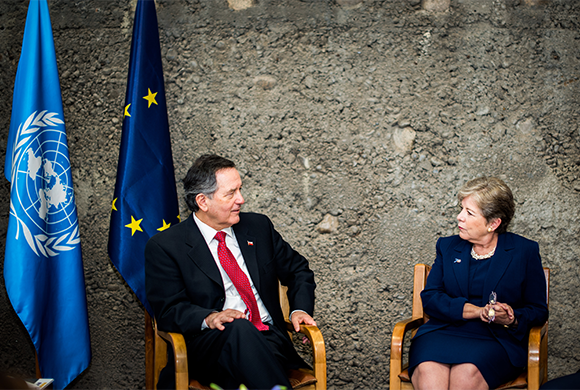 "South-South and triangular cooperation in Latin America and the Caribbean is based on affinities and shared experiences and common objectives, inspired by the principles of horizontality, consensus, equity, solidarity and respect for sovereignty, as well as national contexts and priorities, free of any conditionality," he added.

Finally, the Minister addressed the graduation process of countries that exceed a certain per capita income threshold, thus ceasing to receive international development incentives and stimuli. "The framework that guides the perspective of graduation is not coherent with Agenda 2030, leaving the graduated countries in isolation to face their development challenges, perceiving their situation as that of solitary competitors, successful, but surrounded by loneliness," he said. 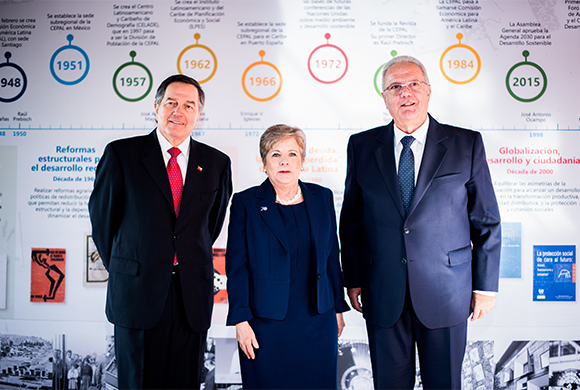 In this sense, the Chancellor indicated that the concept of "development in transition" is the path to follow, with the objective that they advance in social development continue to receive encouragement. "The formation of this new perspective is only possible to the extent that the cooperation actors are permanently engaged in a conversation, that does not exclude issues and that at all times thinks of International Development Cooperation as an action that always requires new ways of being addressed," he concluded.

In addition to the Minister of Foreign Affairs, the inauguration of the high-level dialogue was led by the Commissioner for International Cooperation and Development of the European Union, Neven Mimica, and by the Executive Secretary of ECLAC, Alicia Bárcena.