The Minister of Foreign Affairs, Roberto Ampuero, presided today over the National Council for the Implementation of the 2030 Agenda for Sustainable Development, in charge of meeting the Sustainable Development Goals, which are objectives and guidelines discussed within the framework of the United Nations and aimed at ending poverty, protecting the planet and ensuring that all people enjoy peace and prosperity.

After today's meeting, Chancellor Ampuero announced that Chile will make a National Voluntary Presentation (NVP) in July 2019, at the United Nations High Level Political Forum, which is the main instance of follow-up of the Sustainable Development Goals at the international level.

The Minister highlighted Chile's decision to go voluntarily to present to the United Nations "on the way in which it has been advancing in the fulfillment of the objectives of this great agenda, very ambitious, which has to do with the preservation of the planet, better living conditions for people, and also collaboration between countries". 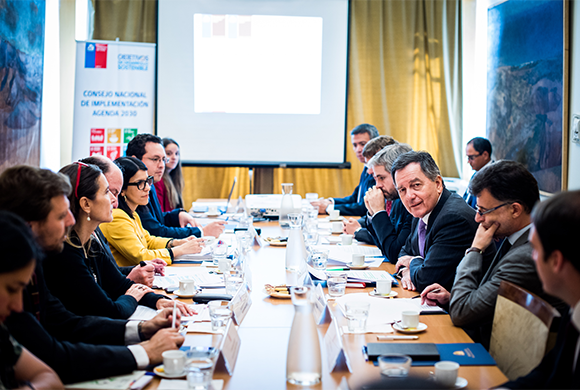 In addition, it was agreed to create a new working group composed of Undersecretaries of the 5 ministries that will make up the Council.