The next edition of the most important film event in Latin America will feature our country as a leading actor in its programming.

This Friday, on the last day of the Guadalajara International Film Festival, Chile was officially presented as the "Guest of Honour Country" of the 2019 version of this event, the most important film event in Latin America and one of the most important on the international circuit, which every year brings together hundreds of directors, producers, actors and actresses from the region and the world.

For Foreign Minister Roberto Ampuero, this invitation "confirms the recognition and consolidation of the Chilean film industry and production at a regional and global level, which translates into its increasingly prominent presence at international festivals and the proliferation of new filmmakers. The invitation is part of the excellent relationship, which has been forged over the years, between the creators of Chile and Mexico and expresses the strengthening of bilateral relations, which in March 2019 celebrate 20 years of Free Trade Agreement. Without a doubt, a happy coincidence and an opportunity that invites us to keep moving forward and reaping success".

The Minister of Cultures, Arts and Heritage, Alejandra Pérez, welcomed the news: "The Guadalajara Festival is one of the most important in Latin America and has also cultivated a close relationship with Chilean cinema for many years. In addition, the Guadalajara film market has been supported for years by the International Market Assistance Program of the Fund for Audiovisual Promotion. For all this, making us the 2019 guest country motivates us to generate the best conditions to have an unforgettable presence in this prestigious event." 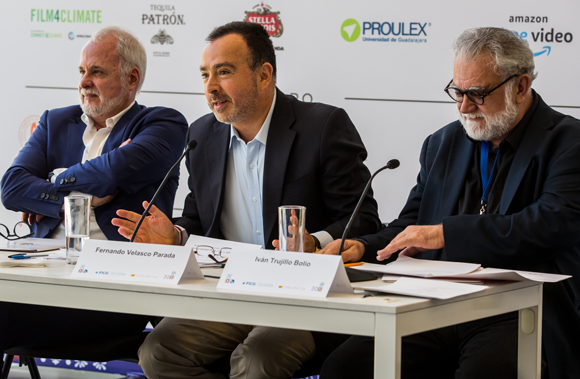 The announcement was made by the Director of the Festival, Iván Trujillo, who said that "this invitation is a recognition of the trajectory, development and quality of Chilean cinema and the link that this festival has cultivated since 1999 with our country, through various institutions such as the Ministry of Cultures, Arts and Heritage, Corfo, and the Ministry of Foreign Affairs, through the Directorate of Cultural Affairs (DIRAC) and ProChile".

This invitation also coincides with one of the best moments in Chile's audiovisual and film industry, just a few days after the triumph of "A Fantastic Woman" by Sebastián Lelio, Best Foreign Film at the 90th edition of the Oscars, and when it still sounds like yesterday's Oscar for Best Animated Short Film for "Historia de un Oso", by Gabriel Osorio and Patricio Escala in 2016.

In the 2019 version, Chile will be the leading actor in the programming of this important showcase to recognize and highlight the work of established artists; and an excellent platform to showcase the talent of new national creators.

The official invitation extended by the Guadalajara International Film Festival was received, on behalf of the Ministry of Foreign Affairs, by the Charge d'Affaires of Chile in Mexico, Fernando Velasco, who was accompanied by Ivy Chávez, ProChile's commercial representative in Guadalajara, an institution that for the past 12 years has consistently supported the participation of Chilean companies with a stand in the film market area of this Festival, and for the past nine years through its sector brand CinemaChile.

In addition to this, there are permanent networking events in the Industry section for professionals and the organisation of a mission for producers attending the co-production meeting. This type of action has allowed Chile to go from having a delegation of 5 producers and 3 filmmakers selected by the Festival in 2005, to a delegation of 50 professionals who participate today in the different sections of the Mexican contest.