In a ceremony led by the Minister of Foreign Affairs, Roberto Ampuero, this Tuesday, September 18 the book "Canto General" by the poet Pablo Neruda was launched in Japanese language. The work was translated in 2017 by Kenji Matsumoto, and was presented at Toyo University, Japan.

In 2017, the Embassy of Chile in Japan presented the translation as a project to the competitive funds of the Directorate of Cultural Affairs (DIRAC) of the Ministry of Foreign Affairs, to celebrate 120 years of relations between the two countries. The approved project included the financing of the complete translation of the book that, until 2017, was partially translated.

The activity counted with the participation of the Chilean academic from Hunter College, in the United States, María Luisa Fischer -expert in the poet's work-, hispanists, translators, Latin American ambassadors, representatives of Gendaikikakushitsu Publishing House and authorities from the University of Tokyo.

In his speech during the ceremony, Minister Ampuero stated that "the General Song marks a turning point in the work of Neruda, for the vastness of its purpose, for the breadth of its journey, for the extension in verses of a unique work that is part of the heritage of humanity. That is why we enthusiastically support this project presented by the Embassy of Chile, and I congratulate Professor Matsumoto for the enormous work he did to bring this work to Japanese readers. I also thank him for his taste for Chilean literature in general and his translations of works by Jorge Edwards, Alejandro Zambra and Roberto Bolaño, and I hope he will be successful in his projects of translating Raúl Zurita and Paulina Flores as well".

With the aim of disseminating in the world the works and thoughts of our authors as a fundamental part of our culture, DIRAC has given its support for 10 years to Chilean literature projects. One of them is the Translation Support Program, aimed at promoting interest in Chilean literature in the world, and in which our embassies, consulates and missions abroad play a role, both in the establishment of editorial and institutional contacts, as well as in the subsequent dissemination of published books. 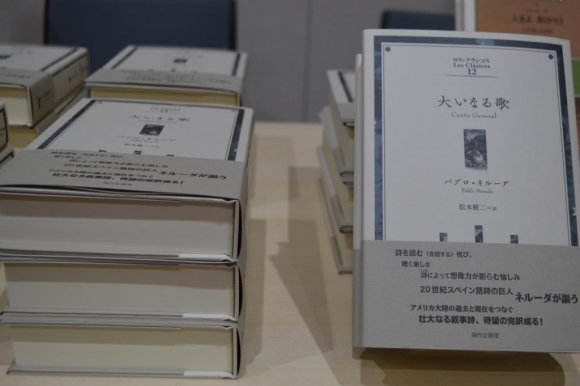 In this context, the Chancellor indicated that "our literature, our music, our cinema, our wines, our gastronomy, are part of the great cultural embassy that helps us position ourselves on the map of the world as what we are, a Latin American nation open to the world and that seeks to show its physiognomy, its character, its identity".

He added that DIRAC contributes "to Chilean culture being more present in other latitudes. The projects financed by DIRAC seek to strengthen and give depth to the identity that is expressed in the image of Chile in the world".