Foreign Minister Roberto Ampuero attended the Senate Foreign Relations Committee today. On that occasion, he gave a presentation on the main results achieved at the 13th Summit of Presidents of the Pacific Alliance. The Secretary of State highlighted the agreement reached with Mercosur to strengthen ties between the two blocs, assuring that this is an important sign that regional integration is possible.

He also highlighted the firm commitment to free trade on the part of the four countries that make up the Pacific Alliance, which was established in the Puerto Vallarta Declaration, signed by the presidents of Chile, Colombia, Mexico and Peru.

At the end of the meeting, the Chancellor stressed that the Pacific Alliance is currently one of the "most successful in the world today". He added: "We want the Pacific Alliance and the alliances that Chile will join to have concrete results and benefits for all people, so that no one is left out of it.

The session also approved visa waiver agreements for holders of diplomatic passports with Belarus, Trinidad and Tobago, Indonesia and the Kyrgyz Republic. 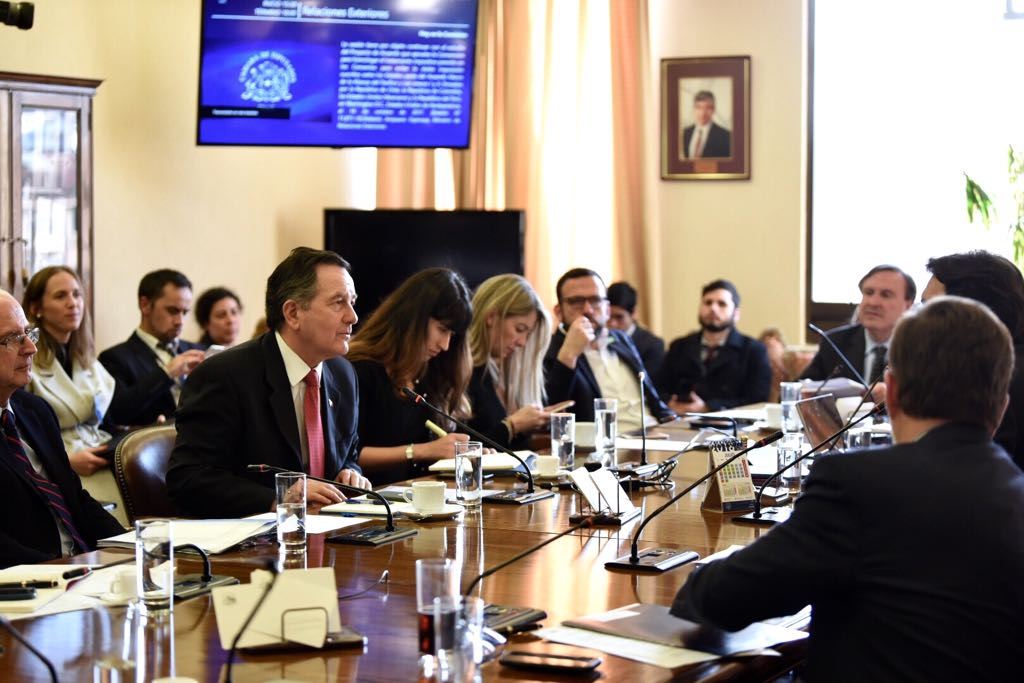 During the afternoon, the Chancellor participated in the session of the Foreign Affairs Committee of the Chamber of Deputies. There, the draft agreement approved by the Convention to standardize the tax treatment provided for in the double taxation conventions signed between the States parties to the Framework Agreement of the Pacific Alliance was voted on. This initiative was approved with 9 votes in favour and 1 abstention.