"Violet walks on Foreign Lands." This is the title of the bilingual (Spanish-English) anthology of short stories written by Latin American and Hispanic authors living in the United Kingdom, edited by Victorina Press and presented today at the Chilean Embassy in the United Kingdom.

The book compiles the nine best works submitted to a short story competition organised by the publishing house itself, together with three literary reviews of the texts that won the first three prizes. Each narration seeks to unveil some aspect of Violeta Parra's art within a new context and perspective chosen by each author.

This publication marks a milestone for the development of Chilean and Latin American culture in the United Kingdom, as it links Violeta Parra to the world of contemporary literary creation in that country and pays tribute to the national art scene in London. 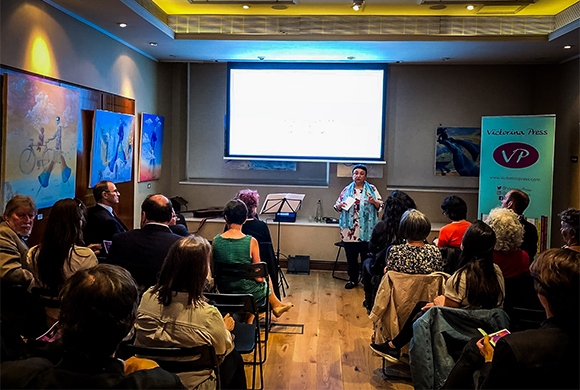