President Sebastián Piñera and the Prime Minister of India, Narendra Modi, held a bilateral meeting on Monday, on the sidelines of the G7 Leaders Summit in France. On the occasion, a double taxation treaty was agreed, which will be signed soon, and the foundations for expanding the trade agreement between Chile and India. In order to materialize it, and within the framework of a mission to India, this Monday the Undersecretary of International Economic Relations, Rodrigo Yáñez, and the Secretary of Commerce of India, Anup Wadawan, signed the terms of reference for the deepening of the commercial agreement between both countries.

Tuesday, 27 August, 2019
In the framework of the public-private mission to India, this Monday the Undersecretary of International Economic Relations, Rodrigo Yáñez, signed, together with the Secretary of Commerce of India, Anup Wadawan, the terms of reference for the deepening of the trade agreement between both countries.
Since 2007 Chile has had a Partial Scope Agreement (PSA) with India, which was updated in 2017, but there is room for growth. The national authority explained that India is a strategic market for Chile, being the second most populated country on the planet and the seventh largest economy in the world, is presented as an interesting alternative, especially for exporters of fresh fruit and food in general.
"Our purpose in the agenda with India is to continue to strengthen trade relations with that market, which is very important for non-copper Chilean products, which have grown an average of 15% since 2007," said Rodrigo Yáñez.
"Once our countries reach an agreement in the second expansion process, we will have the opportunity to liberalize up to 90% of India's tariff lines, equivalent to 10,000 products," added the authority, who explained that the new agreement will also allow investments between the two countries to continue to be tightened.
In addition, an agreement was agreed for a Memorandum of Understanding for the acquisition of pharmaceutical products (generic drugs) and an agreement to eliminate Double Taxation.
Along with Undersecretary Rodrigo Yáñez, in the mission participate the former president and special ambassador in Asia Pacific mission, Eduardo Frei, the General Director of ProChile, Jorge O'Ryan, the Director of InvestChile, Cristian Rodríguez, and the Ambassador of Chile in India, Juan Ángulo, among other authorities. 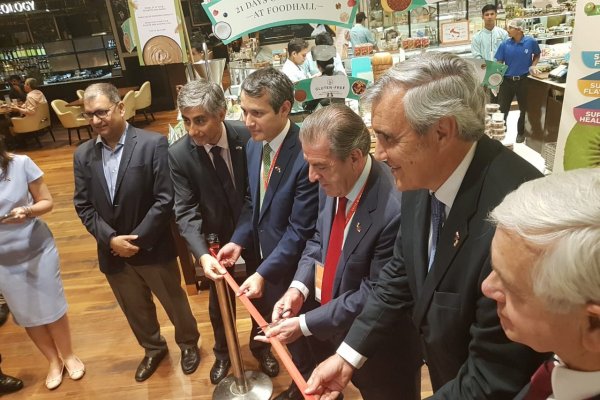 Opportunities Seminar
During the day, which precedes the fifth version of Chile Week China (to be held August 28-31 in Beijing and August 31-September 3 in Shanghai), the Chile-India Trade and Investment Opportunities Seminar was held.
The objective was to inform local businessmen, main importers and decision makers in India about the opportunities offered by our country as a supplier of goods and services -especially in food and beverages- and also to position Chile as a reliable platform to do business and investments in Latin America.
In an adverse scenario for international trade as a result of the effects of the trade war between China and the U.S., India appears as a great opportunity due to the development of its middle class - estimated at 220 million people - as well as changes in consumption trends, economic growth projections and the development of its retail; characteristics that encourage the deepening or emergence of new business for Chilean companies.
Jorge O'Ryan, Director General of ProChile, pointed out that "Chile and India have enormous opportunities for complementarity both for seasonal fruits such as apples, kiwis, grapes, plums, cherries and pears; for foods in which India is not a net producer such as oats, dried fruits such as nuts; for the manufacture of chemical products and also to make use of tools and technological ideas that allow us to join forces for innovation and entrepreneurship". 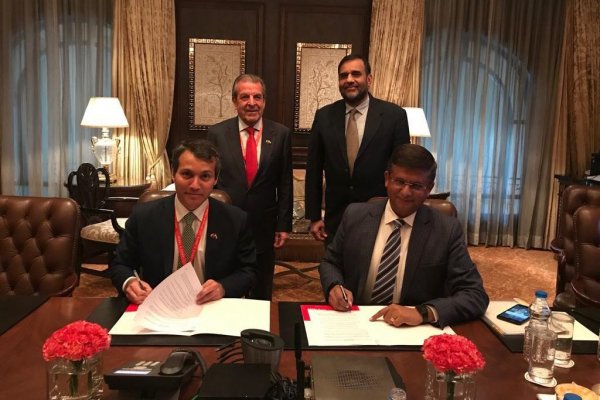 Trade balance
India is currently Chile's twelfth trading partner. With a total of US$1.187 billion between January and June of this year, trade between the two countries grew 6% compared to the same period in 2018. Domestic exports reached US$715 million, registering an increase of 5%, while imports totaled US$442 million, an 8% increase over the same period last year. This means that Chile's trade balance shows a positive balance of US$400 million.
A Masterclass in charge of Wines of Chile, a business conference in which six national exporting companies participated (Good Valley, Agropel, Prunesco, Santa Ema, Agrotop and Dalbosco Wines) and a promotional action to highlight the attributes of the Chilean kiwi in the food hall of Mall Chanakya completed this day's agenda. For the day of Tuesday 27, is considered a visit to the center of information technology and innovation of Mahindra and a bilateral meeting with the authorities of the Indian Ministry of Commerce.
Source: Subrei and ProChile