President Piñera, along with the Undersecretary of Foreign Affairs, receives the credentials of new ambassadors

On Tuesday, the Head of State received the credentials of the diplomatic representatives of the Holy See, Panama, Algeria, the Republic of Korea, Turkey, Luxembourg, Slovakia, Slovenia and Guinea.

The new ambassadors were received by the President and the Under-Secretary of Foreign Affairs, Carolina Valdivia, at La Moneda Palace and left with honors from the Palace Guard and the Army. 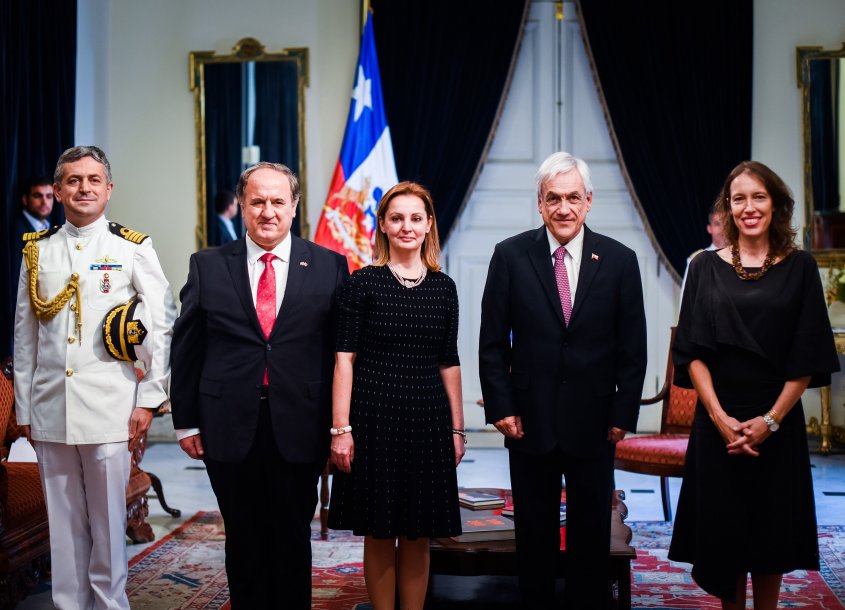 The resident ambassadors taking up their duties are Monsignor Alberto Ortega, representative of the Holy See; Mario Antonio Velásquez of Panama; Mohamed Sofianne Berrah of Algeria; Jang Keun-So of the Republic of Korea; and Gülcan Akoguz of Turkey. 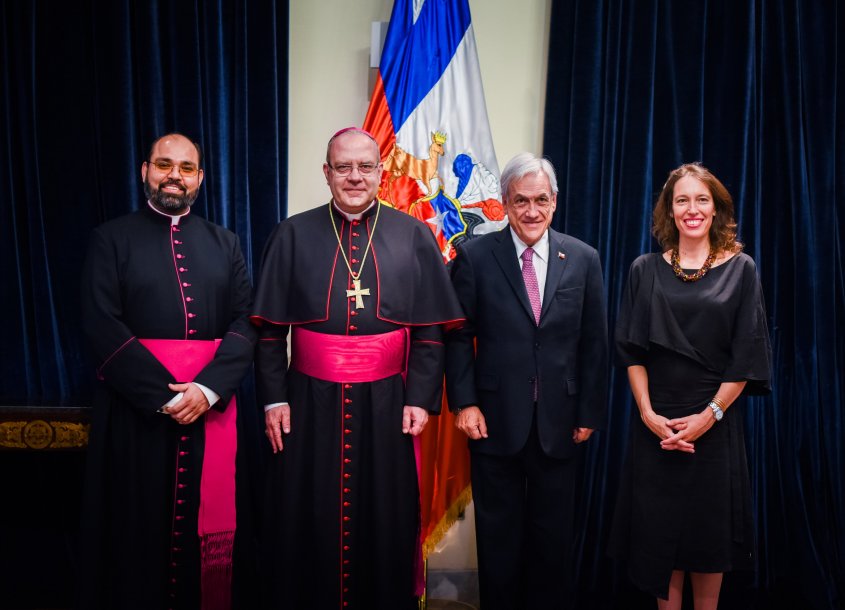 Subsequently, President Piñera made a protocol greeting to about one hundred members of the diplomatic corps and representatives of international organizations.