The Minister of Foreign Affairs, Teodoro Ribera, presented today the candidacy of Ambassador Maria Teresa Infante to the International Tribunal for the Law of the Sea (ITLOS), the judicial body established by the United Nations Convention on the Law of the Sea and whose mission is to resolve disputes arising from the interpretation and application of the Convention.

The ceremony was also attended by Undersecretary Carolina Valdivia and the diplomatic corps accredited in Chile.

Chancellor Ribera stressed that "this candidacy is a reflection of our commitment to multilateralism, unrestricted respect for international law and the peaceful settlement of disputes between states". In this sense, he pointed out that "the International Tribunal for the Law of the Sea plays a fundamental role in ensuring these principles, which are more present now than ever in a globalized world that is mainly connected by the oceans". 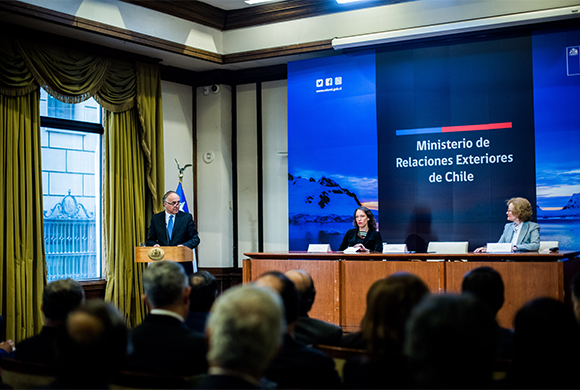 The candidacy of Ambassador Infante has been defined as a priority by the Ministry of Foreign Affairs. The election will be held in June 2020 in New York. The nomination is complemented by the campaign for re-election to the International Maritime Organization, which addresses issues of cooperation, security and environment of the oceans.

María Teresa Infante is a lawyer and is currently Chile's Ambassador to the Netherlands. With a recognized national and international trajectory, for more than twenty years she served as National Director of State Borders and Boundaries and has been Chile's coagent in the International Court of Justice. Academically, she was Director of the Institute of International Studies at the University of Chile and of numerous master's and postgraduate programs at various high-level institutions. 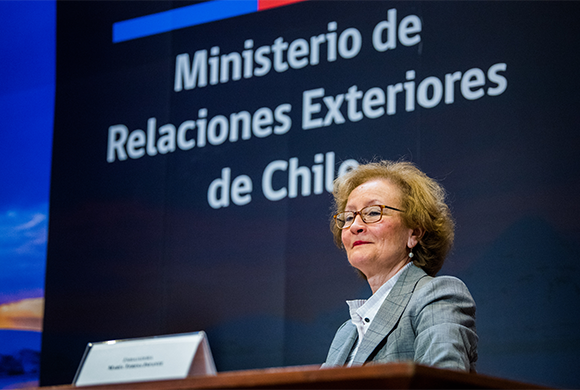 In this regard, Chancellor Ribera stated that "his solid academic background as a jurist, feeds a vast experience in international negotiations on the law of the sea, from her participation in the negotiation of the Convention on the Sea onwards, has carried out multiple negotiations and advice on multilateral, bilateral and regional issues in different areas.

For her part the Undersecretary pointed out that "for me, it has been a professional reference. I know the Ambassador personally and I can state that we are dealing with a person of integrity; a woman of firm values and with an innate commitment to leadership, whose professional and personal excellence prepared the way for many professionals who, thanks to her work, found inspiration and a place to integrate ourselves into Chile's foreign policy, yet another reason to thank her for her praiseworthy work". 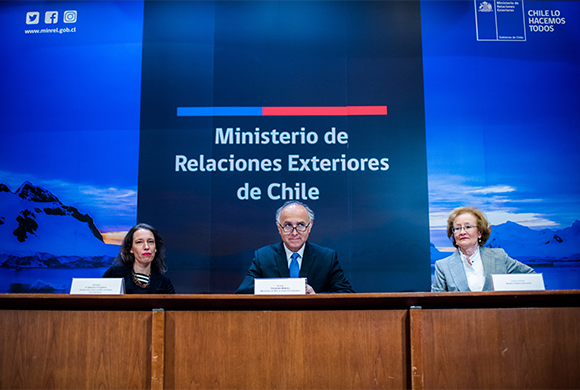 Meanwhile, Ambassador Infante declared that "the candidature to the International Tribunal for the Law of the Sea in the next election in 2020 will be a unique opportunity, not only to strengthen, but also to renew the vision and definition of some essential interests of our foreign policy in the maritime field".

In this sense, she added that "it is a candidacy that commits me personally, but, above all, is an expression of our country's legitimate adherence to a legal order for the oceans, that is effective, that accounts for the issues of concern to the international community, that includes the objectives of sustainable development and that is endowed with rules that contribute to healthy coexistence among States.