On the occasion of the centenary of the International Labour Organization (ILO) and Chile's accession to the Governing Body of the organization, the seminar "Decent Work and 2030 Agenda: The Challenges of Labour Governance" was inaugurated by the Minister of Labour and Social Security, Nicolás Monckeberg, the Undersecretary of Foreign Affairs, Carolina Valdivia, and the Director of the ILO Office for the Southern Cone of Latin America, Fabio Bertranou.

The programme of the event, which runs until January, Friday 18th, revolves around the governance challenges arising from Goal 8 of the Sustainable Development Goals (SDOs) which states "to promote steady, inclusive and sustainable economic growth, full and productive employment and decent work for all".

Minister Monckeberg noted that "the ILO centenary is a good opportunity to analyse technological development and its impact on the labour market. That is why, as a Government, we have presented several bills to prepare our workers for the jobs of the future, with good labor legislation, which better reconciles the world of work with the world of family, studies, friends, culture, sports or recreation. This is common to the projects of Remote Work, Labour Statute for Young People, Independent Workers and Universal Cradle, which not only seek to create a more inclusive and sustainable labour market, but also to ensure that our legislation adapts to new times and challenges". 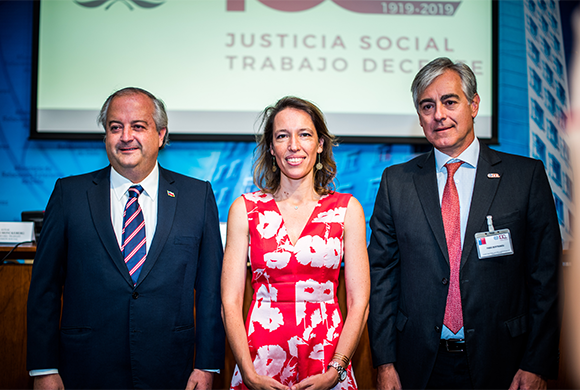 Undersecretary Valdivia stressed that "the world of work is changing and the commemoration of this centenary serves as a basis for us to reflect on what the future of the world of work has in store for us at the global level". She added that the ILO "has established a foundation for the construction of a new governance through its initiatives, but above all great debates around issues such as gender, employment, the construction of a green economy and its main proposal, the future of work with the enormous challenges and uncertainties that it poses".

"In 2019 the ILO celebrates 100 years of existence. And within the framework of this commemoration we consider that discussing the future of work, sustainable development, the governance of the world of work, jobs in the digital economy, robotization, social dialogue, respect for fundamental rights at work and the fight against inequality is more crucial today than ever," said Fabio Bertranou.

During the conference, which took place in conversational format, Minister Monckeberg spoke about the impact of the technological revolution in the field of employment and the efforts being made by the State Secretariat to be at the forefront in this field.

Also participating in this first day were the Undersecretary of Social Evaluation, Alejandra Candia; the Secretary General of Foreign Policy of the Ministry of Foreign Affairs, Ambassador Patricio Torres; the Executive Secretary of ECLAC, Alicia Bárcena, and the former Presidents of the Governing Body of the ILO, Carlos Tomada and Celso Amorim; the Director of the ILO Office for the Southern Cone of Latin America, Fabio Bertranou, and the President of the 92nd International Labour Conference 2004, Milton Ray Guevara.

Meanwhile, on Friday, the Undersecretary of Labor, Fernando Arab; the president of the Central Unitaria de Trabajadores (CUT), Bárbara Figueroa; the president of the Confederación de la Producción y del Comercio (CPC), Alfonso Swett; the former president of the International Labor Conference, Rafael Alburquerque; and the spokesperson of the Workers' Group of the Governing Body 2002-2011, Sir Leroy Trotman, will share the panel with the theme focused on social dialogue. The panel will be moderated by former ILO Director-General Juan Somavia.

The seminar will be closed by the Minister of Foreign Affairs of Chile, Roberto Ampuero, who will pay tribute to Juan Somavia for his career in this organization. 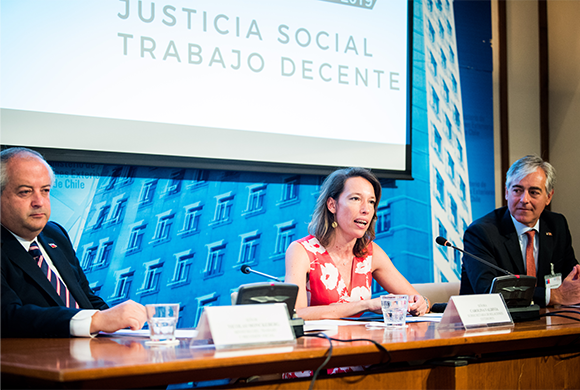 CHILE'S ADMISSION TO THE BOARD OF DIRECTORS

The agreement allowed Argentina to become a full member from 17 June 2017 to 31 December 2018. So Chile will now assume the position and remain a full member of the same body for the 2020-2023 period.

The ILO Governing Body is the entity's executive body and is composed of 56 full members (28 Governments, 14 Employers and 14 Workers) and 68 deputy members (28 Governments, 19 Employers and 19 Workers); it makes decisions on the policy of the body, determines the agenda of the International Labour Conference, adopts the programme and budget before the Conference, and elects the Director-General. 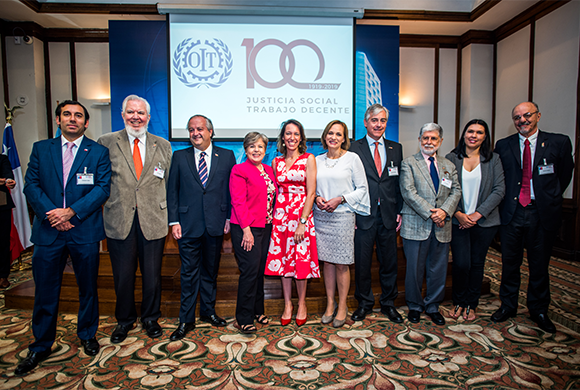 The ILO celebrates 100 years since its founding on April 11, 1919, the date of the signing of the Treaty of Versailles, being one of the oldest United Nations agencies. It has 187 Member States, including Chile, which has been a member since its foundation.

For this commemoration, the Organization has decided not only to review the main milestones of its history and celebrate its achievements, but also to reflect and look to the future to define the future of the work we want.

To this end, the ILO has implemented "7 Centenary Initiatives", among which the initiative relating to the future of work stands out. Within the framework of this commemoration, the ILO established a World Commission on the Future of Work, in order to carry out an in-depth examination of this issue and to provide the analytical basis for conceiving a future inspired by the values of the ILO. The report of the Global Commission will be the focal point of the centenary year and will be launched in Geneva on January 22, 2019.