Chancellor Roberto Ampuero: “Bolivia not only will have to contradict Chile, but also will have to deny the law of gravitation”

The Minister of Foreign Affairs, Roberto Ampuero, arrived to the Region of Antofagasta to visit the area of the Silala River, in the border between Chile and Bolivia.

The purpose of the trip was to see in situ the details of the scientific investigation that supports our country's lawsuit against Bolivia in the Silala River case, presented to the International Court of Justice, The Hague.

The Secretary of State travelled to the area together with the agent of the case and the State Director of Borders and Boundaries, Ximena Fuentes, the co-agent, Juan Ignacio Piña and the scientists Edmundo Polanco from Sernageomin and Francisco Suárez, from DICTUC. 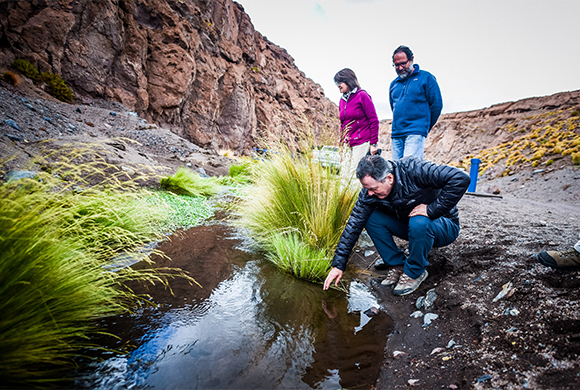 Together with them, the Chancellor visited the viewpoint of the Apagado Volcano, where it was possible to observe the ravine in which the Silala River is located, and then they headed to the border with Bolivia.

In that place the Chancellor stated: "We have arrived to this point, in the border between Chile and Bolivia to show that the scientific and geographical evidence is on Chile's side". In that respect, he referred to two points: "the first one, the water. You can notice that the waters of the international river Silala flow naturally from the Bolivian territory, where they are born, into the Chilean territory". Regarding the second point he affirmed that "Chile hasn't intervened in any way in this landscape. This ravine has more than 8,400 years what is accredited by the geological investigation and it is there, it has not been built up by Chile. The Chilean people are able to build a lot of things, but we didn't build this. It is natural and it has been shaped by the river over the millennia". 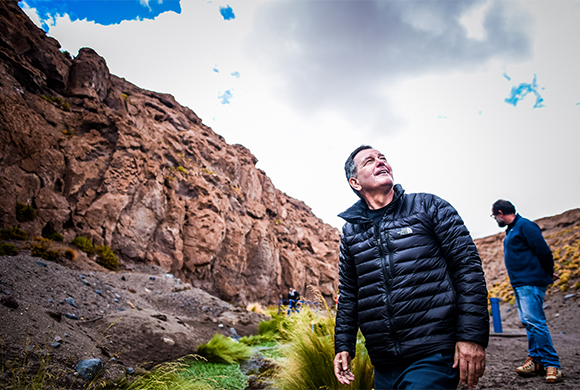 For this, the Chancellor added that "Chile is right to state its position and Bolivia not only will have to contradict Chile's arguments, but it will also have to deny the law of gravitation to science".

Previously, the Minister visited the Carabineros checkpoint Inacaliri. In that occasion he was received by the sub-officer Adolfo Toledo, where they shared breakfast with the Carabineros of the checkpoint to whom he thanked for their job in the border zone of our country. 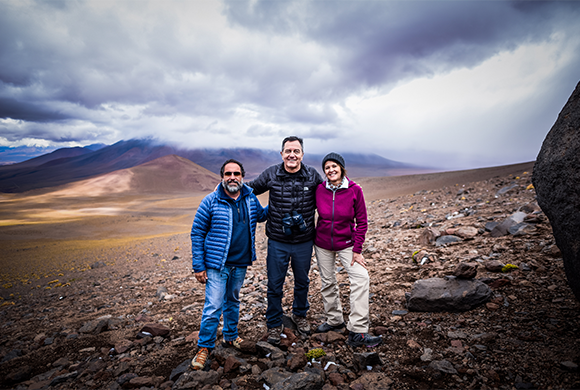