The Minister of Foreign Affairs, Teodoro Ribera, presented today Chile's candidacy for re-election in Category "C" of the Council of the International Maritime Organization (IMO), for the period 2020-2021. The United Nations specialized agency is the global authority responsible for setting standards for safety, security and environmental performance to be observed in international shipping.

Category C is formed by 20 States with special interests in maritime transport or navigation and whose membership to the Council ensures the representation of all the world's major geographical regions.

The Chancellor stressed that Chile is applying to the IMO Council with the commitment to continue contributing with its permanent work towards the safety of human life at sea, the preservation of the oceans, their resources and their cleanliness. "For Chile, this candidacy is a reflection of its commitments to multilateralism, unrestricted respect for international law, cooperation and respect for the environment. It is also a recognition of the active work that Chile is currently carrying out in the Council, aimed at ensuring high levels of safety and efficiency in maritime navigation and protection of the maritime environment and coastal areas", he said. 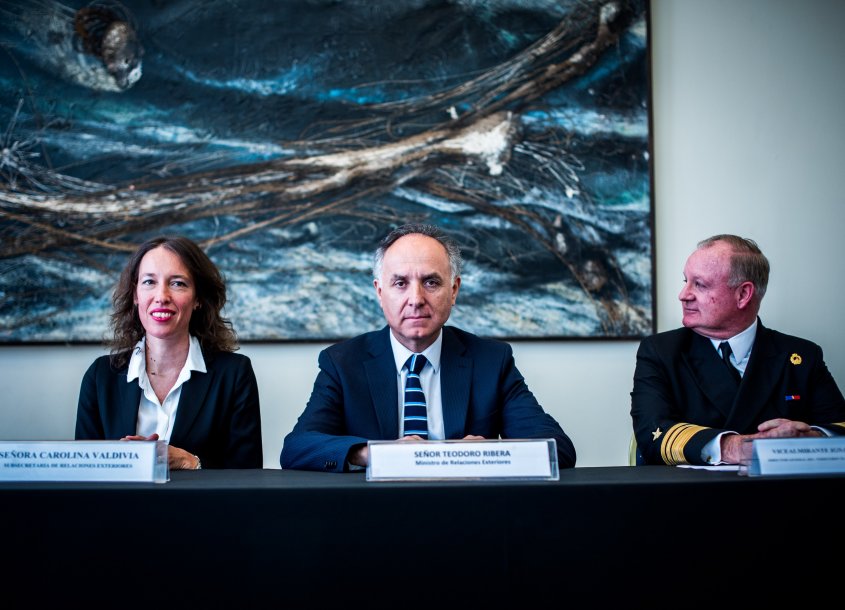 The Secretary of State pointed out that Chile has a historical link with the ocean facing the Pacific. "It is part of our national identity and is a fundamental basis for the social, economic and cultural development of the country, as well as for the conservation of marine ecosystems and species", he said. He also stated that "today 96% of Chile's foreign trade is transported by sea through a solid fleet of merchant navy both under national flags and under the flags of other states.

The Chancellor also assured that Chile is convinced that the IMO is the most effective multilateral maritime forum to achieve the Sustainable Development Goals, and therefore will not give up the possibility of continuing to provide technical cooperation to states that need it. "In the case of Chile, given its geographical configuration, the ocean is a vital part of its future. In this scenario, our country is directing its efforts to maintain and increase its position of world leadership in ocean matters", he concluded.

The candidacy for re-election to the IMO Council is part of the different initiatives of Chile's positioning in matters related to our oceans, care for the environment and the development of international trade, such as the candidacy of Ambassador María Teresa Infante to the International Tribunal for the Law of the Sea (ITLOS); the holding of the next United Nations Conference on Climate Change in 2019 (COP25); the annual Asia-Pacific Economic Cooperation (APEC) Summit; and the Commemoration of the 500th anniversary of the Circumnavigation of Magallanes and Elcano, to be held in Chile in October 2020. 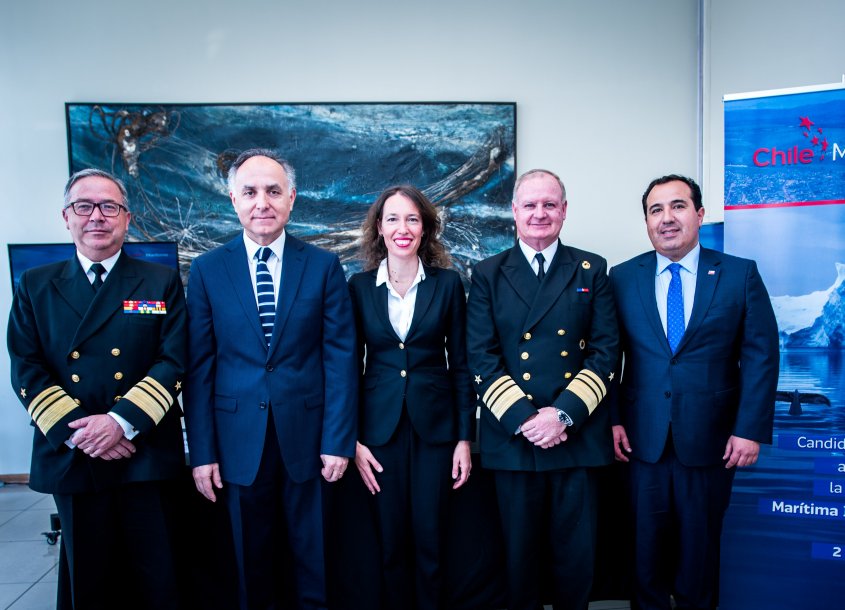 The election will take place in the context of the XXXI Assembly of the International Maritime Organization, to be held between 25 November and 4 December, in London, United Kingdom.