Chancellor highlights the urgency of seeking collaborative solutions to the pandemic, in ministerial videoconference Europe-Latin America

The Minister of Foreign Affairs, Teodoro Ribera, participated this morning in a ministerial videoconference between Europe and Latin America, which was held at the initiative of France, Spain and the European Union. The meeting, which was aimed at strengthening cooperation between both regions to address the Covid-19 and its consequences, was attended by foreign ministers from 18 countries.

In his speech, Minister Ribera highlighted the importance of defining common priorities, so that these can counterbalance the current political and geopolitical tensions: "This health emergency reminds us urgently that solutions must be sought in collaborative ways and that the problems that are arising from it, both economically and socially, cannot remain subject to polarisation and confrontational positions".

In this sense, he assured that countries must make joint efforts to promote scientific research to obtain a vaccine, but also to ensure the free circulation of goods and services. This, taking into account that the pandemic is strongly affecting people's health, as well as the economies and institutional stability of nations. 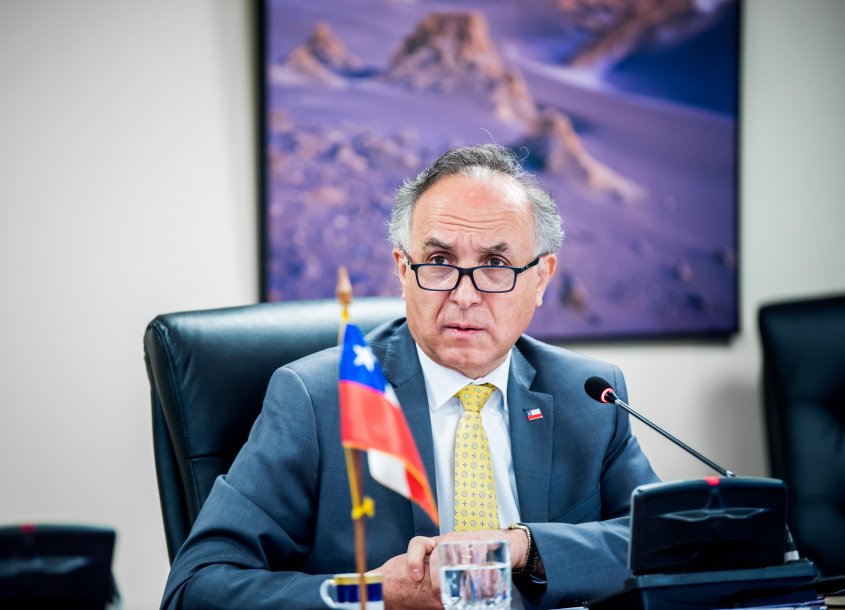 The Chancellor also proposed that the European countries, which have previously experienced the pandemic, should share with Latin America and the Caribbean their experiences with respect to the control of Covid-19 and the restoration of economic activity.

Argentine Foreign Minister Felipe Solá stressed his agreement with Foreign Minister Ribera's proposals regarding the need to have common objectives, despite the local problems that the pandemic is generating. "I agree with Teodoro, my Chilean colleague, that we must have a higher view, one that goes beyond the local, because if not, we will not be able to contribute to improving where the world is going," he stressed.

At the videoconference, the foreign ministers agreed -among other issues- to reaffirm their support to the United Nations and, in particular, to the World Health Organization (WHO), for the role it has played in international coordination to respond to Covid-19.

In this regard, Foreign Minister Ribera invited the other countries to participate in a consultation process that the representation of Chile before the WHO in Geneva began with other delegations. This was done in order to continue improving the response capacity of both the international organization and the different countries.

At the meeting, a tribute was paid to the victims of the pandemic and a joint thanks was expressed to the health professionals, health workers and those who have been on the front line in dealing with the pandemic.

The way out of the Venezuelan crisis

During the hearing, Chancellor Ribera shared the concern raised by his German and Brazilian counterparts regarding the aggravated crisis affecting Venezuela, which has generated massive migration in Latin America. In this sense, he pointed out the importance of a peaceful and negotiated solution by the Venezuelans themselves, but also the need for "international observation that makes the parties feel, effectively, willing and in good faith, to seek this political solution.

"Chile is committed to the search for a solution to the humanitarian crisis and we are prepared to support regional and multilateral efforts that aim to improve the living conditions of millions of Venezuelans," said the Minister. He added that, in this sense, Chile continues to work in the search for channels of dialogue between the Lima Group and the International Contact Group for Venezuela.