Click acá para ir directamente al contenido
At the summit of the G-77 plus China:

The Minister of Foreign Affairs, Andrés Allamand, participated this morning in the summit of the Group of 77 (G-77) plus China, organized by Guyana, under the theme "Maintaining a Low Carbon Development Path towards the 2030 Agenda in the Era of COVID-19"

At the ministerial meeting, held by videoconference, the Chancellor spoke on behalf of the COP 25 presidency and called on all parties to include the ocean in their nationally determined contributions (NDCs) in the fight against climate change.

"Chile has strongly advocated for the ocean to receive the attention it deserves, as part of the global response to climate change and in the context of the implementation of the Paris Agreement," highlighted Minister Allamand, who added that the ocean is a source of well-being for millions of people, absorbing nearly 30% of emissions and almost 90% of the additional heat produced by global warming. "The ocean must be protected from this enormous stress," he concluded. 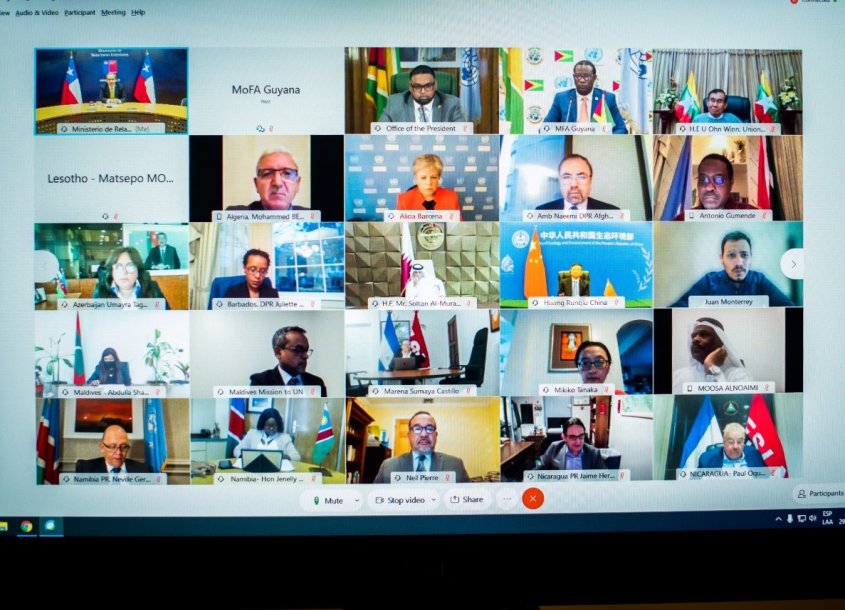 In his speech, the Minister of Foreign Affairs highlighted the leadership that the G-77 countries are showing in the face of this global threat and also stressed China's recent announcement of its goal to reach a maximum of emissions by 2030 and then achieve carbon neutrality by 2060.

On the global response to climate change, he warned that while mitigation is important, adaptation must be a central component of the efforts made, and funding must also be available for the most vulnerable countries.

At the event, which was aimed at sharing knowledge and learning about climate action, the Minister said that Chile was one of the first nations to communicate an improved NDC earlier this year. The country is committed to reducing its emissions in absolute numbers by 2030 and achieving carbon neutrality by 2050.