You are in:  Home
Madrid, July 7, 2014
Vice-Minister meets with academicians in Spain
Comparte : Twittear 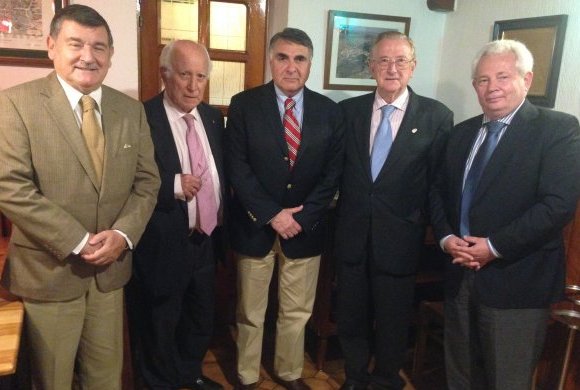 The Vice-Minister for Foreign Affairs, Edgardo Riveros, during his stay in Madrid, met with outstanding academicians of the Complutense University of Madrid, including professor emeritus José Antonio Pastor Ridruejo; the Director of the International Department of the Complutense University of Madrid, José Carlos Fernandez Rozas, and the Secretary General of the Hispano-Luso-Americano of International Law (IHLADI), Prometeo Cerezo de Diego, of which Vice-Minister Riveros, who is International Law Professor, is a full member.

During the meeting, which took place in an atmosphere of extreme cordiality, several issues of international legal concern were addressed.